On this occasion, the Ministry of Transporation and Telecommunication's Bahrain Post has the pleasure to release a set of 6 commemorative stamps and souvenir sheet, crowned with the portarit of His Majesty King Hamad bin Isa Al Khalifa, King of the Kingdom of Bahrain.

Bahrain asserted its national identity when the Bahraini Currency Board was established in accordance with the provisions of Decree Number 6 (Finance) 1964 with the power to issue and regulates the Bahraini's currency and grant banking licenses. The new Bahraini DInar, divided into 1000 Fils, was put in to circulation for the first time in 1385H/1965AD, replacing the former Gulf Rupee in the basis of One new Dinar for every ten old Rupees, The banknotes were valued at 10 Dinars, 5 Dinars, One Dinar, Half Dinar and Quarter Dinar, while the coins were valued at 100 Fils, 50 Fils, 25 Fils, 10 Fils, 5 Fils and One Fils. In 1968, the currency board issues a 100 Fils Banknote. 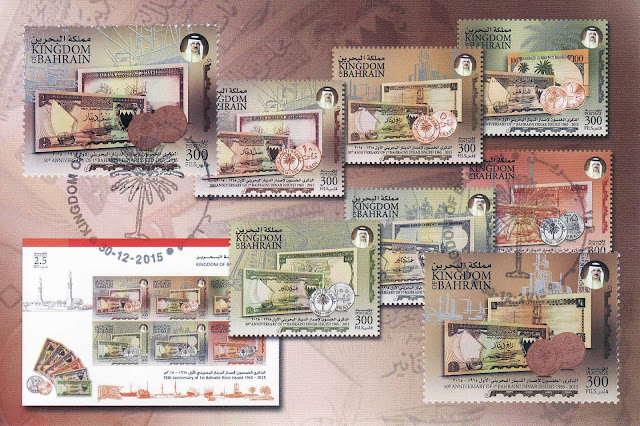 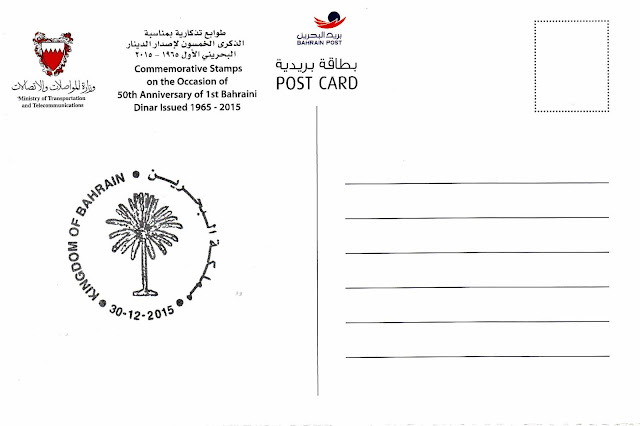