Commemorative Stamps on the Occasion of National Day 2015

On the occasion of the 44th anniversary of National Day and celebration of the 16th Anniversary of the Accession Day of His Majesty King Hamad bin Isa Al Khalaifa, King of the Kingdom of Bahrain, the Ministry of Transportation and Telecommunication's Bahrain Post is honored to issue a set of three commemorative stamps and souvenir sheet.

The set was designed from art reflecting some of the recent social and civil achievements that have been made and which will be realized in the Kingdom in His Majesty's and the Government's prosperous era. Some of this achievement include the construction of 40,000 houses, King Hamad University Hospital, Khalifa Technology Institute, Salman Industrial City, Bahrain International Circuit, air, land and sea transportation and more. 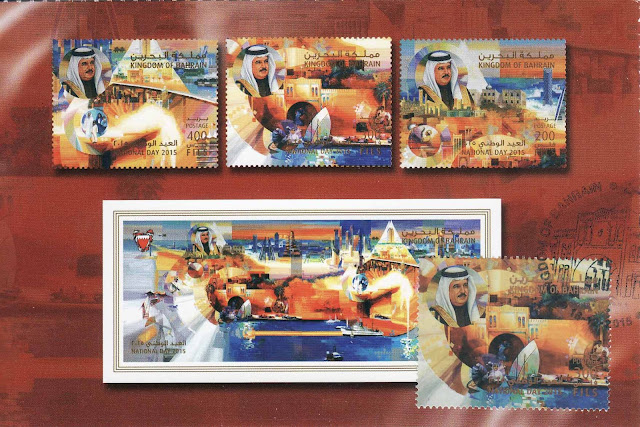 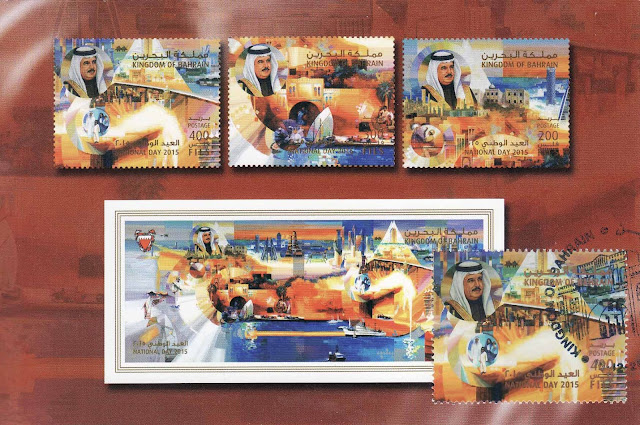 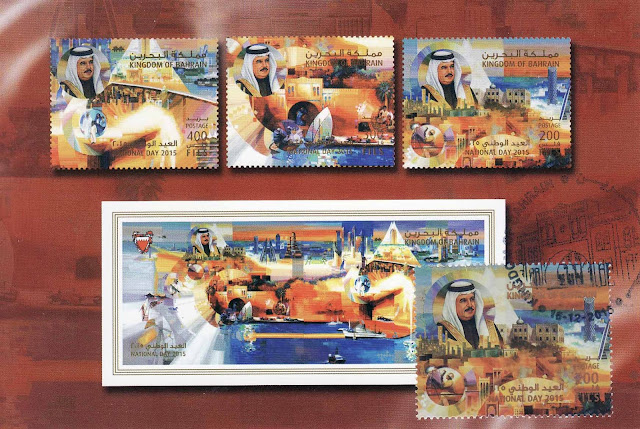 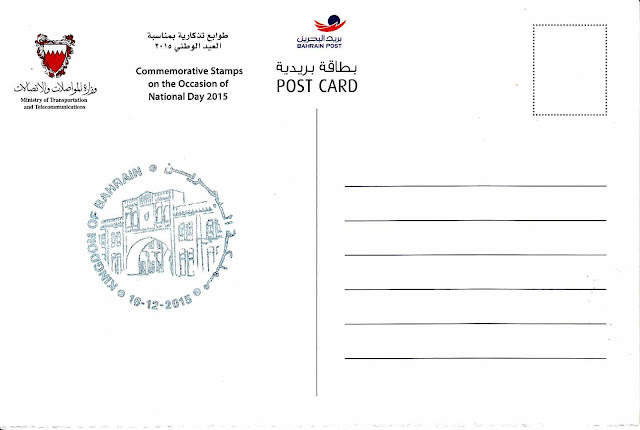