Commemorative Stamps on the Occasion of National Day 2014

Amid the festivities and celebrations of the 15th Anniversary of the Accession Day of His Majesty King Hamad Bin Isa Al Khalifa, King of the Kingdom of Bahrain and the 43rd Anniversary of the Kingdom's National Day, the Ministry of Transportation's Bahrain Post is honored to issue a set of three commemorative stamps, headed by the portrait of His Majesty the King. These stamps are an artistic work representing symbols of the Kingdom's progress and prosperity, under the auspicious rule of HM the King and his Government, led by His Royal Highness Prince Khalifa Bin Salman Al Khalifa, the Prime Minister, and with the support and backing of His Royal Highness Prince Salman Bin Hamad Al Khalifa, the Crown Prince, Deputy Supreme Commander and First Deputy Premier. 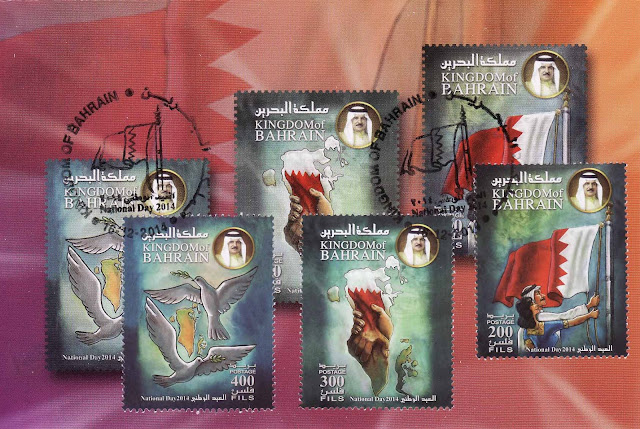 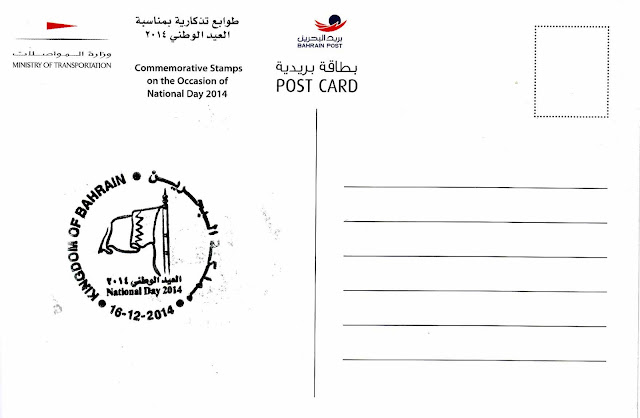