An initiative presented by His Highness Shaikh Nasser bin Hamad Al Khalifa His Majesty's representative for Charity and Youth Affairs, Chairman of the Supreme Council for Youth and Sports and Chairman of the Bahrain Olympic Committee to the Arab League. This initiative was to create a capital for the Arab youth along the lines of the Arab capital of culture and tourism. This initiative comes within a series of initiatives by HH since he was appointed chair of the Supreme Council for Youth and Sports to elevate the standards of the Arab youth and specifically the Bahraini Youth. Every year the Arab state that presents the candidacy file to the Arab leaders and enhances the youth will get the title Capital of Arab Youth.

On the occasion, the Ministry of Transportation and Telecommunication's Bahrain Post has the pleasure to release a set of two commemorative stamps, crowned with the portrait of His Majesty King Hamad Bin Isa Al Khalifa, King of the Kingdom of Bahrain. 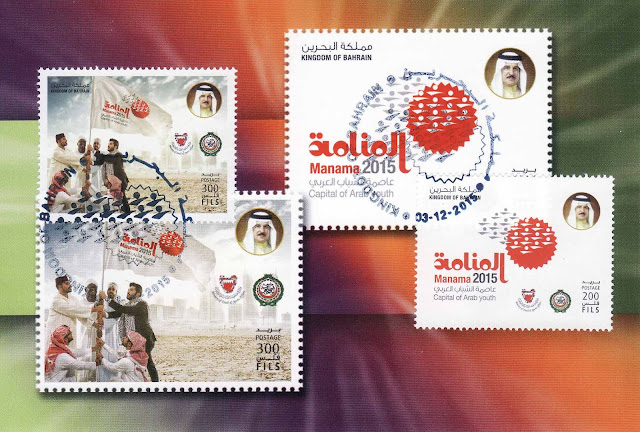 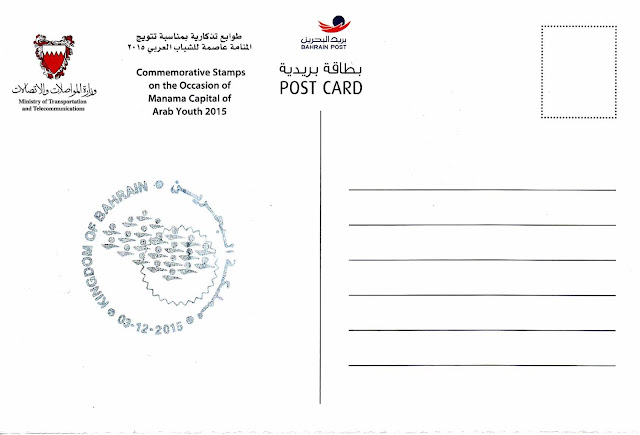