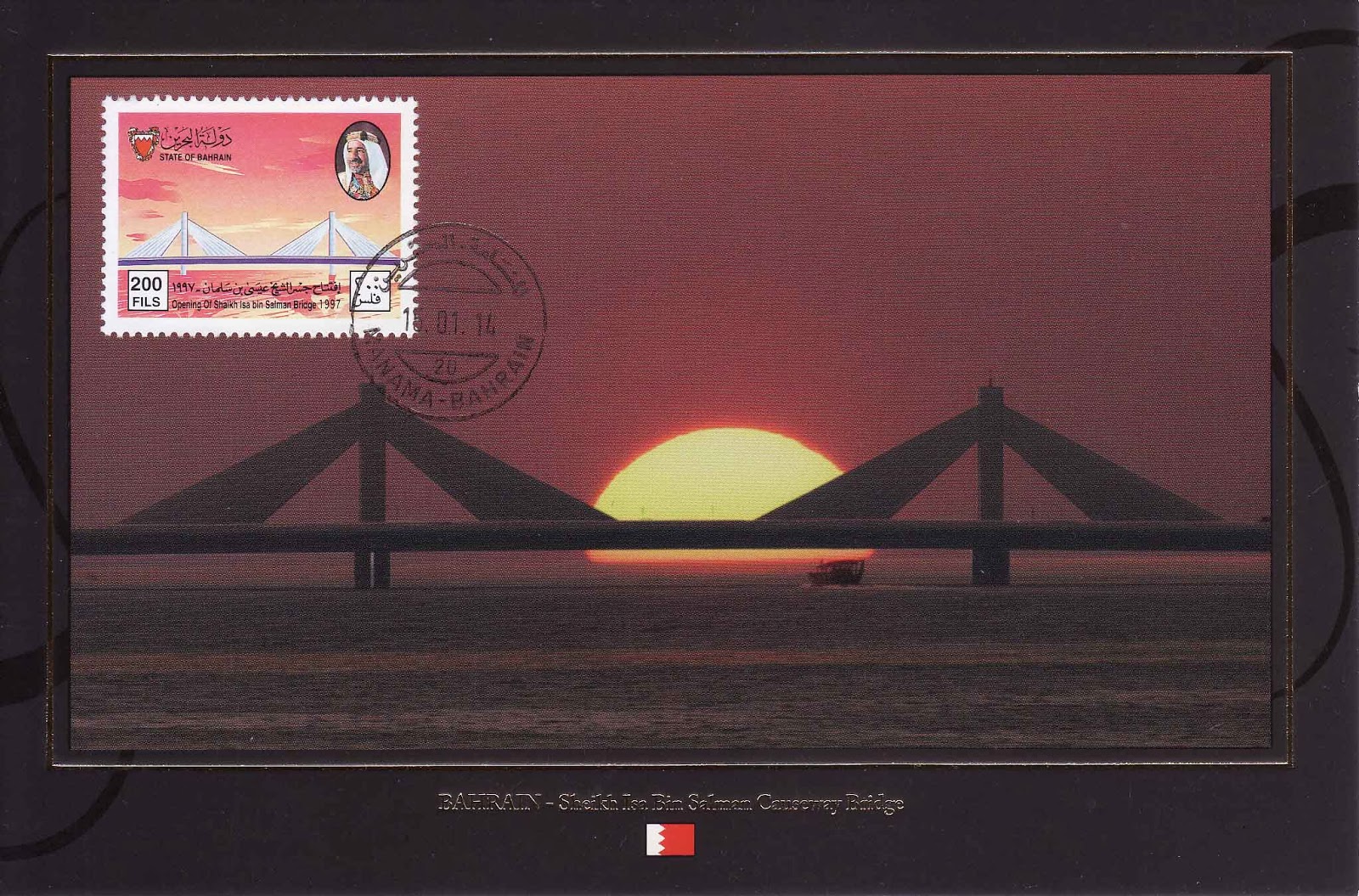 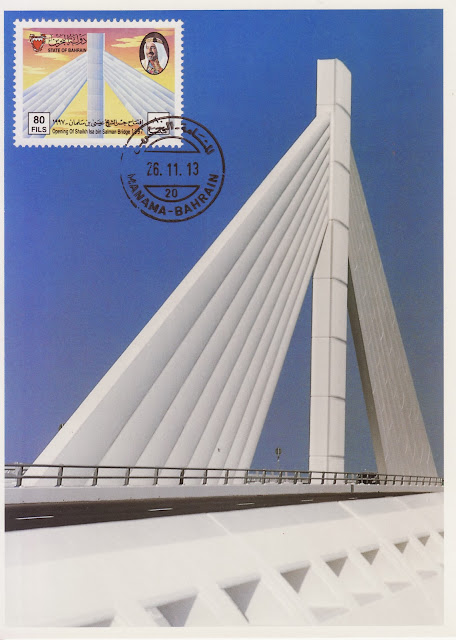 Shaikh Isa Causeway (officially known as Shaikh Isa bin Salman Causeway) is a causeway in the Kingdom of Bahrain connecting Busaiteen to the Diplomatic Area, near the Seef area.  Opened to the public in January 1997, it was constructed to relieve the congestion of the previous bridge connecting Muharraq Island to the mainland Bahrain Island.  it can be recognized by its triangular white columns, meant to symbolise sails.  It is named after the deceased emir of Bahrain, Isa bin Salman al-Khalifa.  [READ MORE HERE] 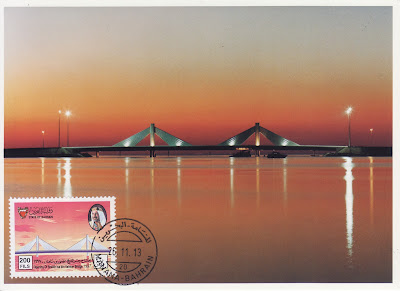 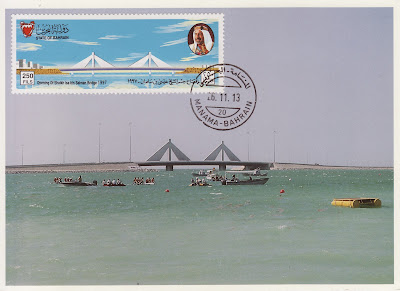