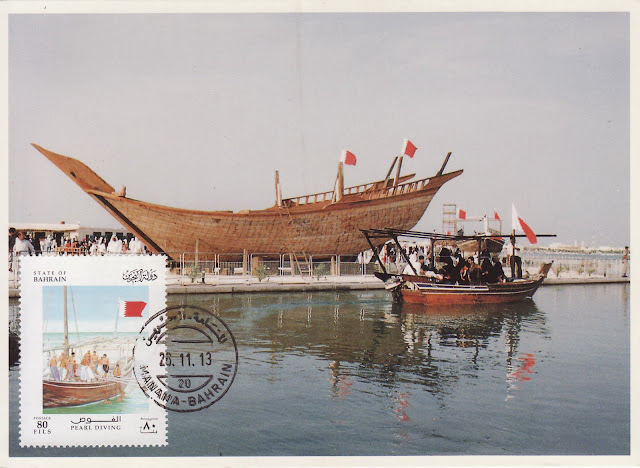 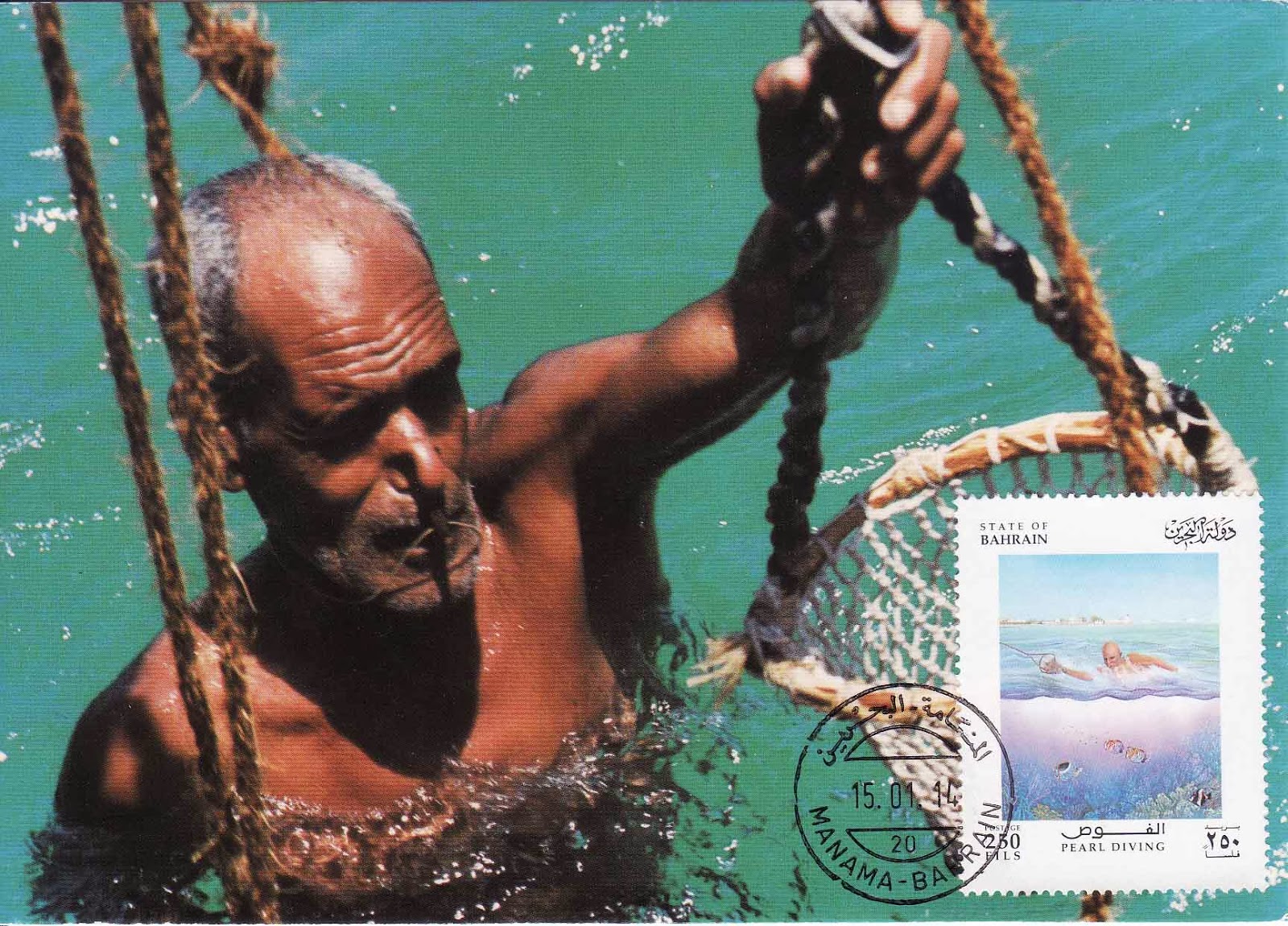 For many centuries Bahrain has been famous for its pearls and, before the discovery of oil, pearl was the main source of income and the foundation for many of the communities on the island.  The diving season would last just over four months, from June until early September.  Divers would be let down on the weighted rope, remain submerged for about one minute, collecting an average of eight to twelve oysters, and would then be drawn up by the puller (a well-muscled man who would remain on deck).

After ten dives, the men would come aboard and rest, drinking coffee and warming themselves whilst another relay of divers took their place.  Divers were not paid wages, but instead received a share of the profits received from the sale of the pearls.  [READ MORE HERE]