Bahrain Bourse celebrates its 25th Anniversary since its establishment (1989+2014).

On this occasion, the Bahrain Post at the Ministry of Transportation has the pleasure to release a one commemorative stamp, crowned with the portrait of His Majesty King Hamad Bin Isa Al Khalifa, The King. 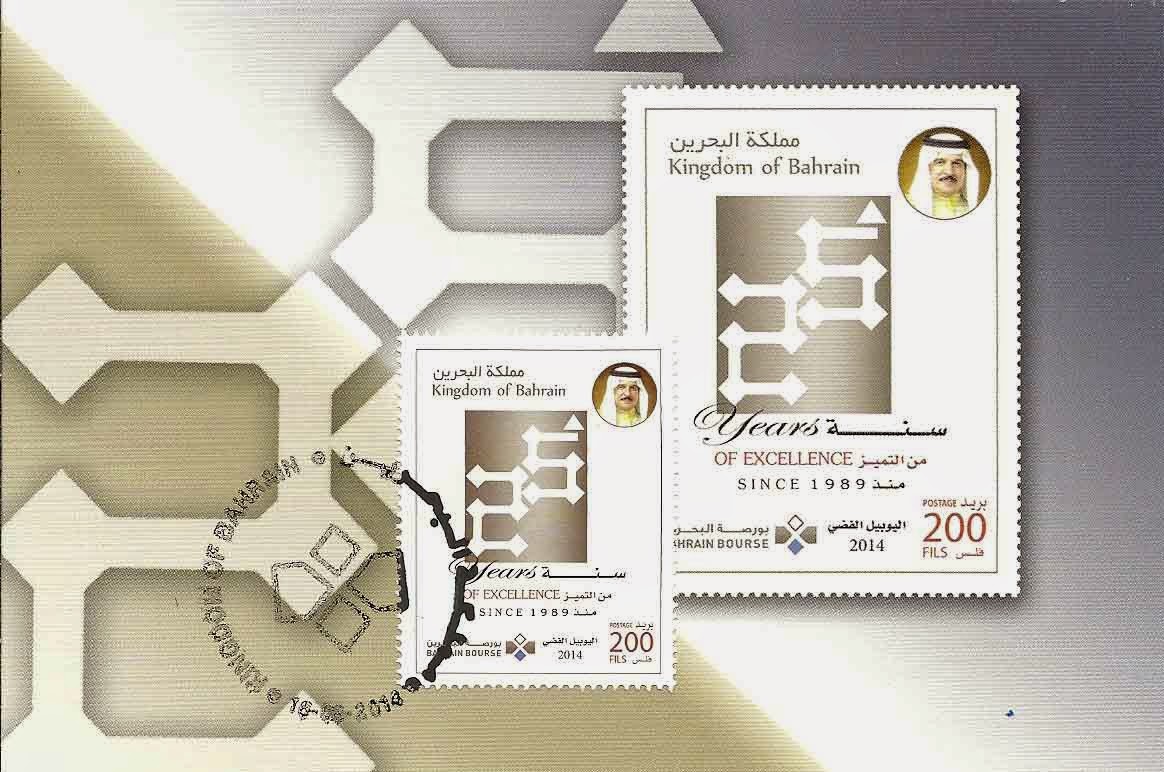 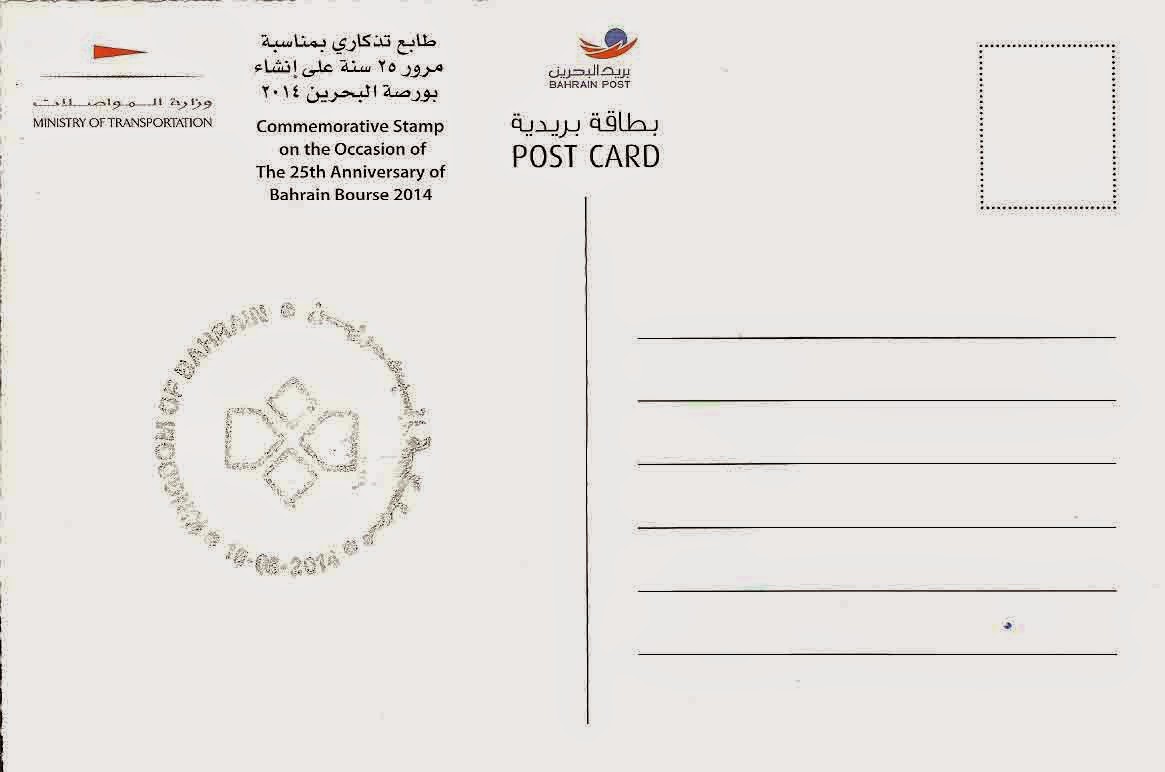