In celebration of the FIFA World Cup in Brazil in 2014, the Ministry of Transportation's Bahrain Post is pleased to mark this event with the issue of a set of three commemorative stamps, crowned with the portrait of His Majesty King Hamad bin Isa Al Khalifa, King of the Kingdom of Bahrain.

The 2014 FIFA World Cup is schedulred to take place in Brazil from12 June to 13 July 2014.  It will be be the 20th edition of the FIFA World Cup and the second time that Brazil hosts the competition.  32 countries participating following qualification matches will be played during the World Cup.  The matches are scheduled to be played in 12 cities across Brazil in either new or redeveloped stadiums. 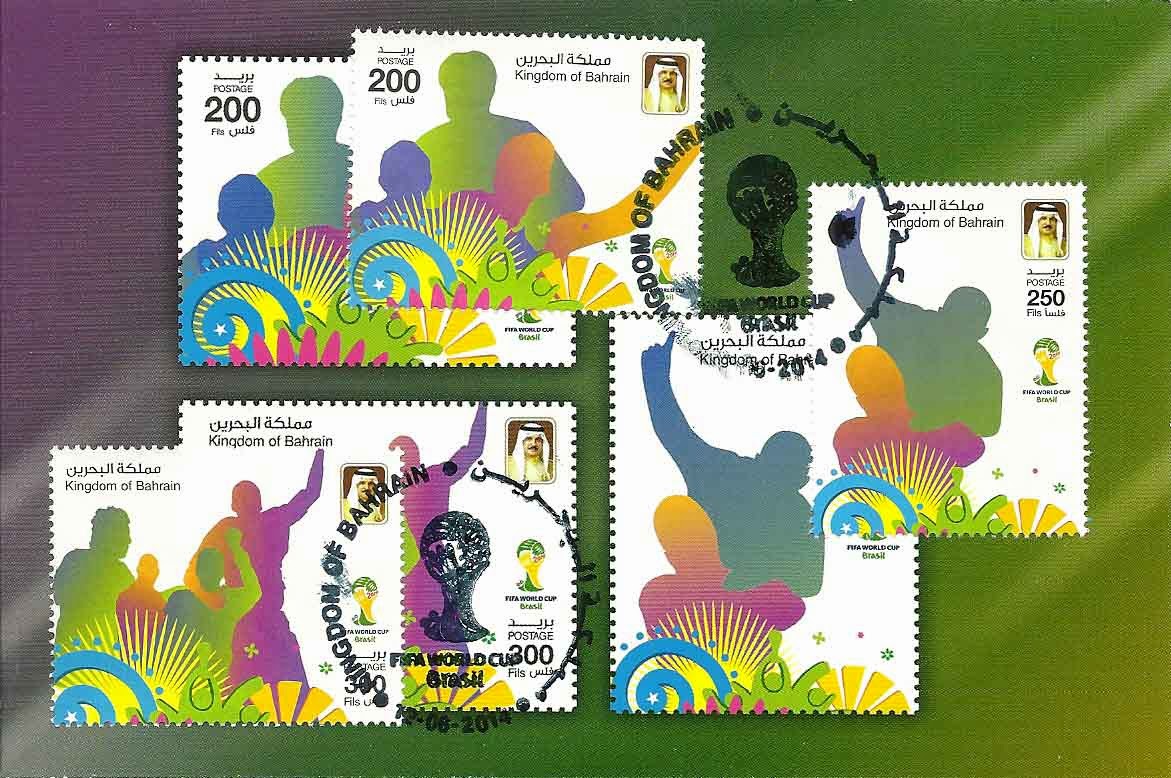 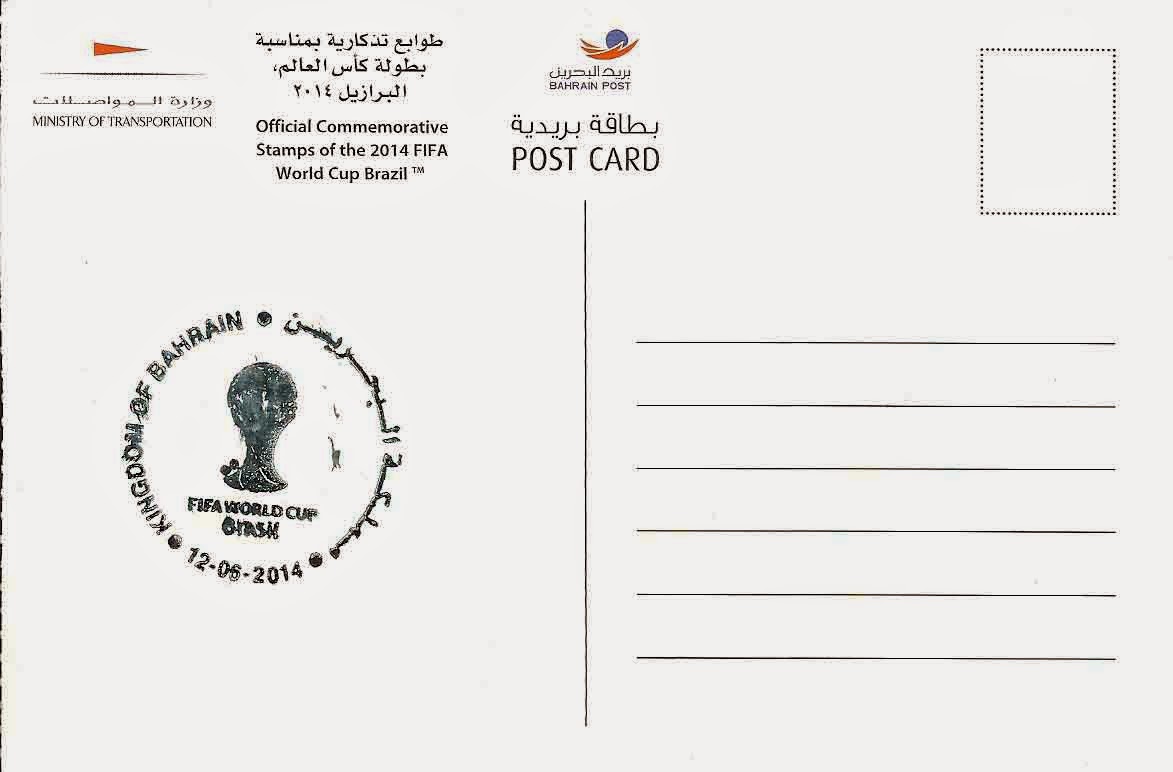