One of the first places for where Dialogue Among Civilizations took place was in Isfahan, Iran at the Safa Khaneh Community that was established more than a century ago in 1902.  Safa Khaneh was a place that Haj Aqa Nourollah and his older brother made.  It was a place were Muslims and Christians talked about their religions with each other.  It was one of the first interfaith centers in the world.

This year the Kingdom of Bahrain hosted the conference during the period of May 5-7, 2014.  In order to document this historical event and showcase the modern site of the Kingdom, Bahrain Post, is honored to issue a set of three commemorative stamps. 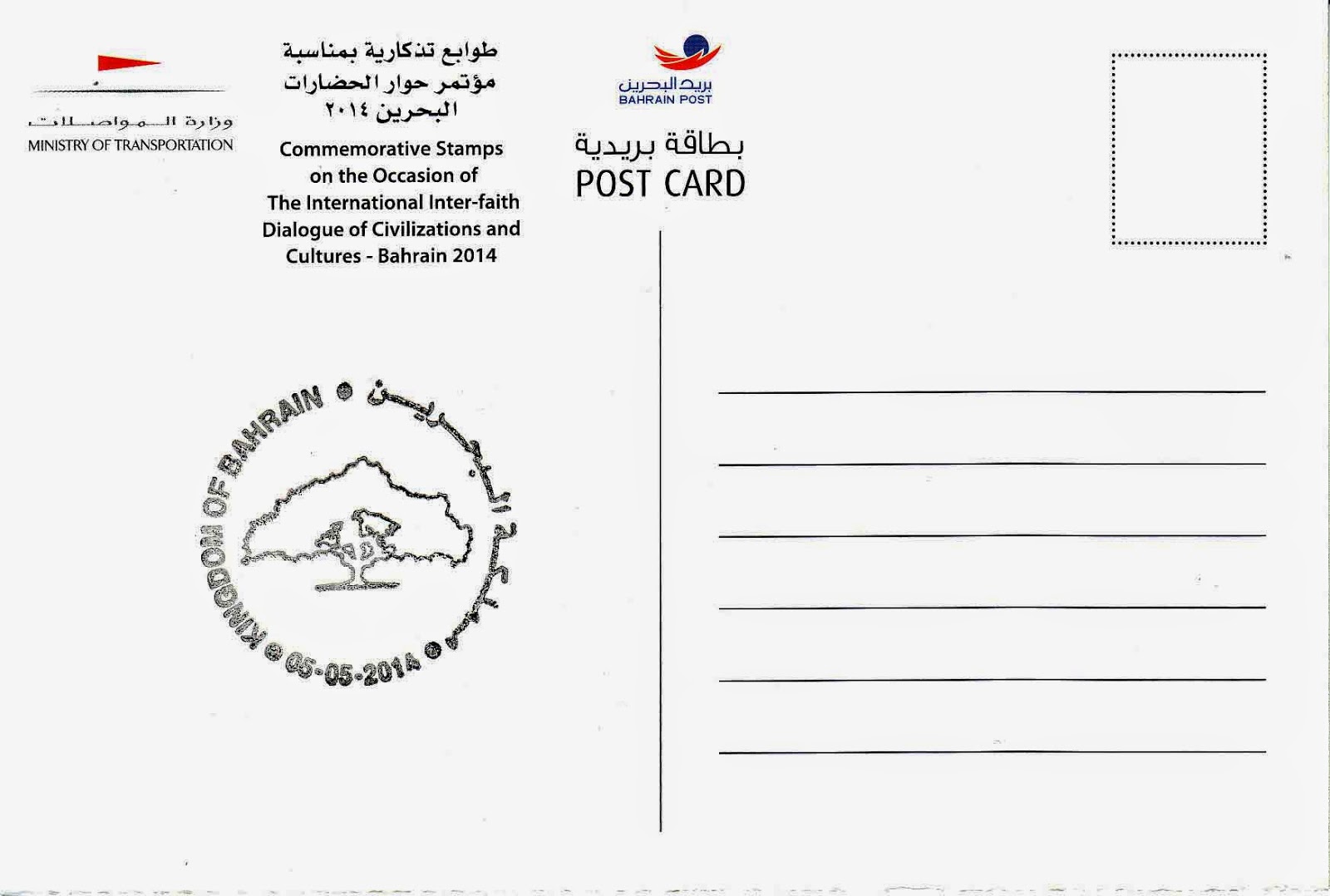