The Story of Architecture in Ancient Egypt

The first people of Egypt clustered on the swampy verges of the Nile, among the palms, reeds and lotus plants later to feature in architectural decorations.   Science, art, and practical skills soon began to prosper.  The annual flood obliterated field boundaries, so accurate systems of measurement and surveying were devised.  The invention of hieroglyphics, and then cursive writing on papyrus, contributed to the growth of a bureaucracy with an elaborate tax system.

The most stable periods of ancient Egyptian history are the three kingdoms:  the Old, Middle and New.  In 525 BC the region was absorbed by the Persians, who lost it to Alexander the Great 100 years alter. After his death, under the Ptolomies, an amalgram of Greek and native flourished.  Egypt became a Roman province on the death of Cleopatra.

DISCLAIMER:  All text from this blog entry are taken from the book The Story of Architecture by Patrick Nuttgens.
THE OLD KINGDOM

Imhotep's structures around the main pyramid at Saqqara owed much to forms that were evolved to suit less durable materials, like mud, reeds and timber.  The building of later dynasties, in contrst, are geometrically severe.

1.  The First Buildings in Stone

a.  Funerary Complex of Zoser, Saqqara


Pharaohs Cheops, Chephren and Mycerinus had their tombs at Giza.  In each complex was a pyramid with mortuary temple linked by a causeway to a valley building.  The Pyramid of Chephren still has some limestone facing at top; his valley building, the only one surviving, has a hall which housed 23 royal statues. Rock sculpture of the Sphinx, once painted and gilded, represents him as king and sun-god. 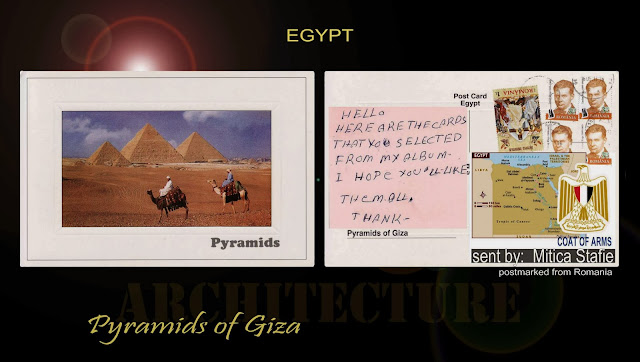 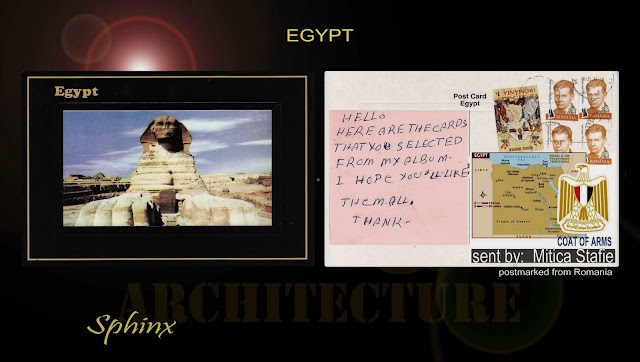 Little survives of Middle Kingdom pyramids, temples and mastabas.  The Pharaoh now began to be glorified in the company of other gods.


b.  The Pavilion of Sesostris I, Karnak


The three dynasties of the New Kingdom were the great age of temple-building.  At one point, there were about twenty monumental temples that once stood at Karnak, near Thebes.  Within this region, some of the finest architecture emerged as the cumulative work of successive kings.  Imposing pylons, and hypostyle halls with massive columns, told of Pharaos' greatness.  Rock-cut tombs instead of the traditional pyramids housed the royal dead, with mortuary temples scattered around the complex.


Hatshepsut's temple is considered the closest Egypt came to Classical architecture.  Representative of New Kingdom funerary architecture, it both aggrandizes the pharaoh and includes sanctuaries to honor the gods relevant to her afterlife.  This marks a turning point in the architecture of Ancient Egypt, which forsook the megalithic geometry of the Old Kingdom for a temple which allowed for active worship, requiring the presence of participants to create the majesty. - wikipedia 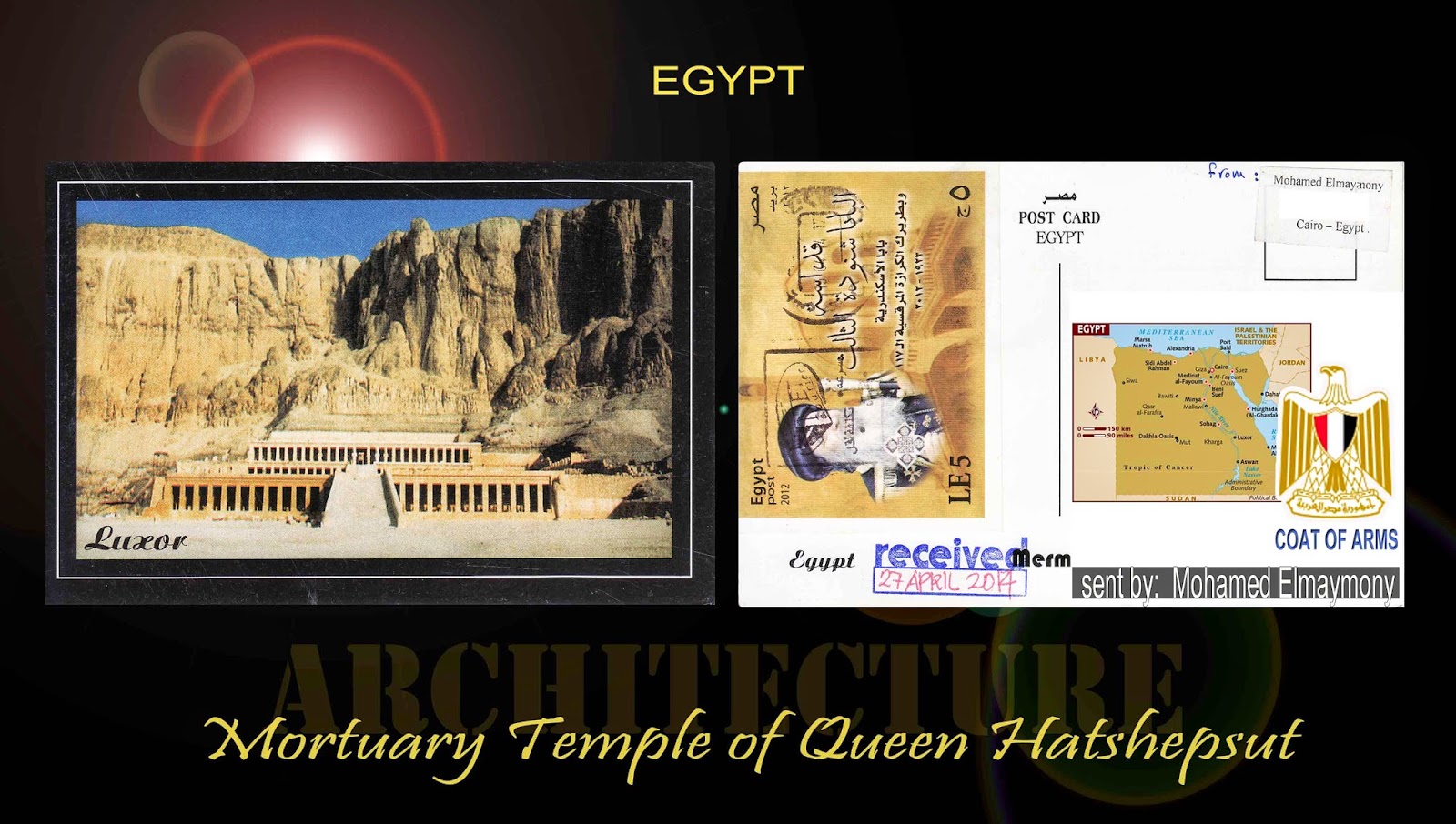 a.  The Great Temple Of Amon

Karnak is one of the premier sites in all of Egypt and one of the most visited.  In fact, it is perhaps one of, if not the largest religious complex every constructed anywhere in the world.  This vast ancient complex demonstrates the religious significance of the area in ancient times.  Though this complex is very complicated, y far the largest system of temples is that of Amun, a local god of Thebes (modern Luxor) who rose to national importance during Egypt's  New Kingdom. 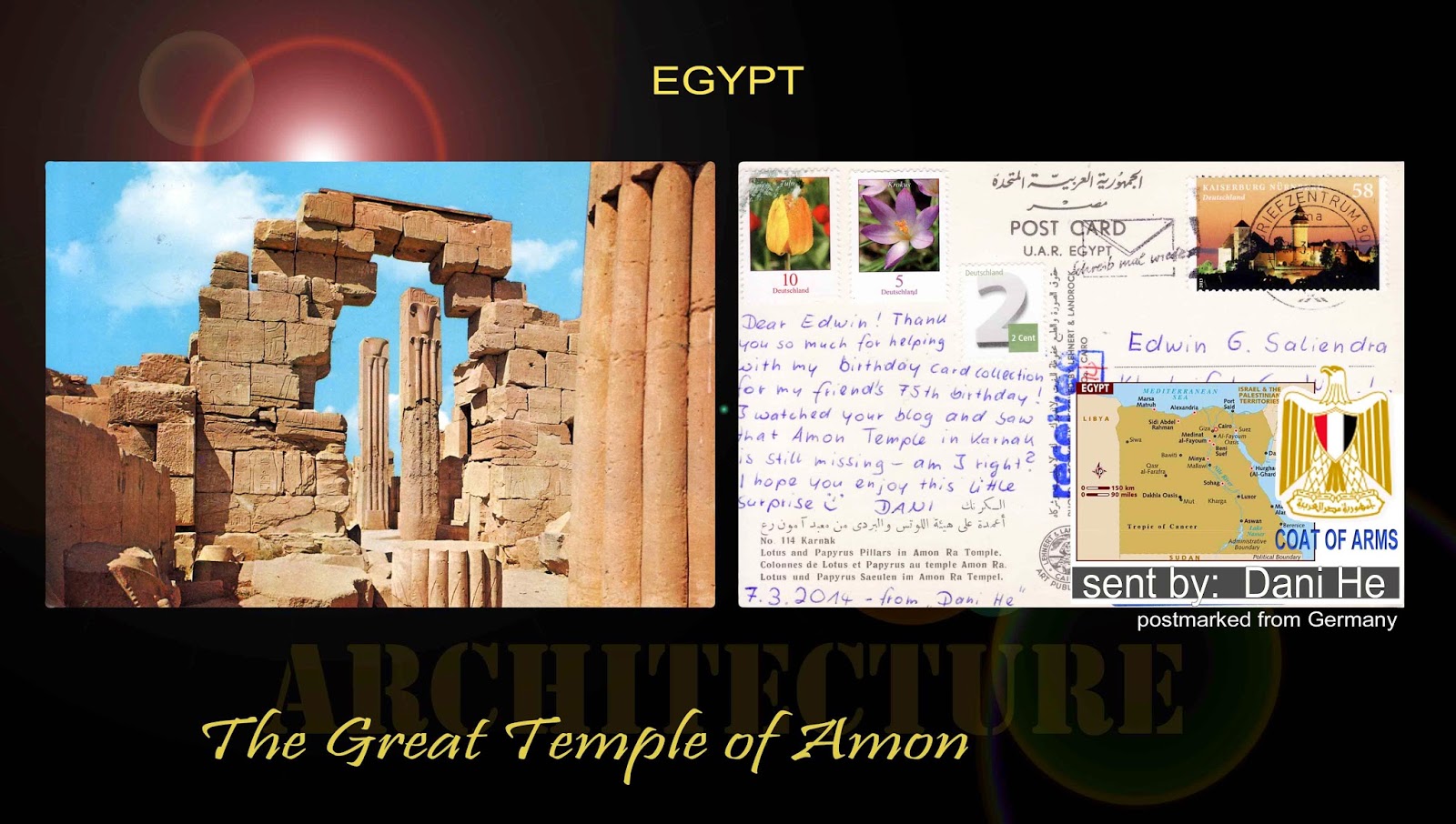 a.  The Temple of Amon, Luxor


Like other Egyptian structures a common technique used was symbolism, or illusionism. For example, to the Egyptian, a sanctuary shaped like an Anubis Jackal was really Anubis. At the Luxor temple, the two obelisks (the smaller one closer to the west is now in the Place de la Concorde in Paris - see below) flanking the entrance were not the same height, but they created the illusion that they were. With the layout of the temple they appear to be of equal height, but using illusionism, it enhances the relative distances hence making them look the same size to the wall behind it. Symbolically, it is a visual and spacial effect to emphasize the heights and distance from the wall, enhancing the already existing pathway. 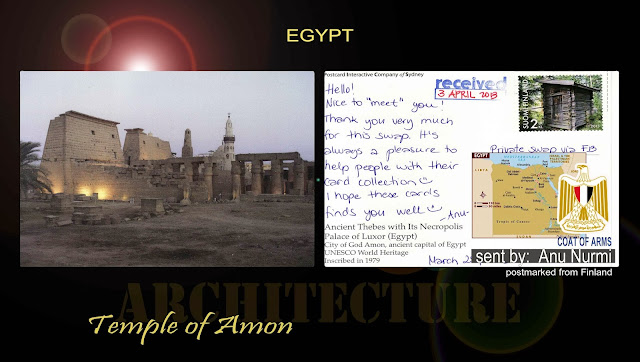 The Luxor Obelisk (French: Obélisque de Louxor) is a 23 metre (75 ft) high Egyptian obelisk standing at the center of the Place de la Concorde in Paris, France. It was originally located at the entrance to Luxor Temple, in Egypt. 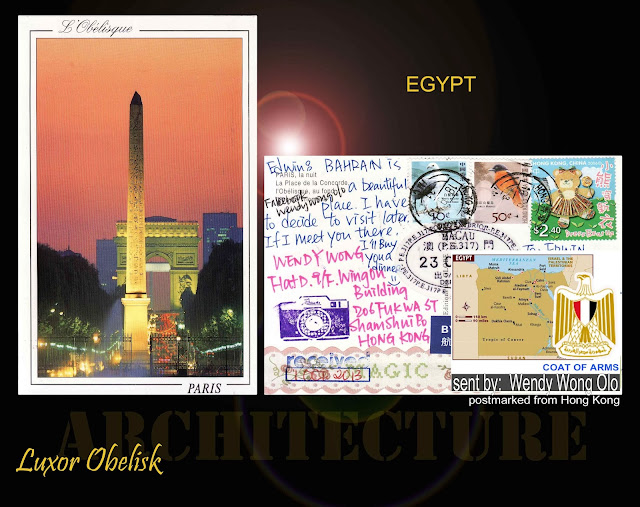 4.  The Temples of Rameses II 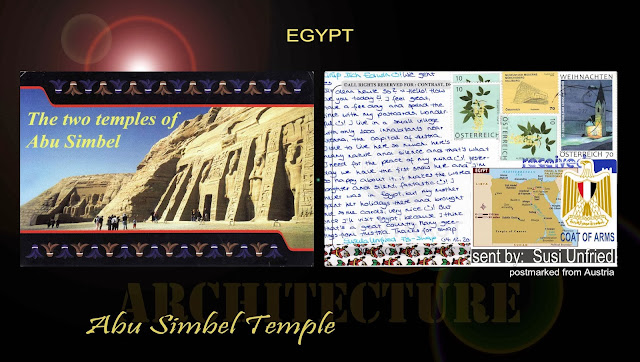 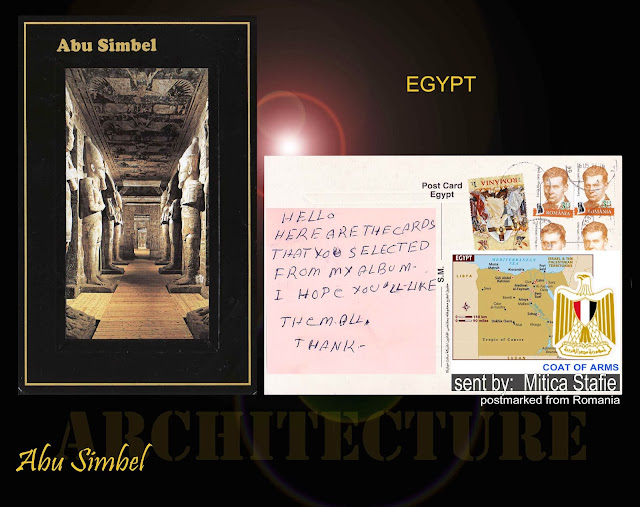 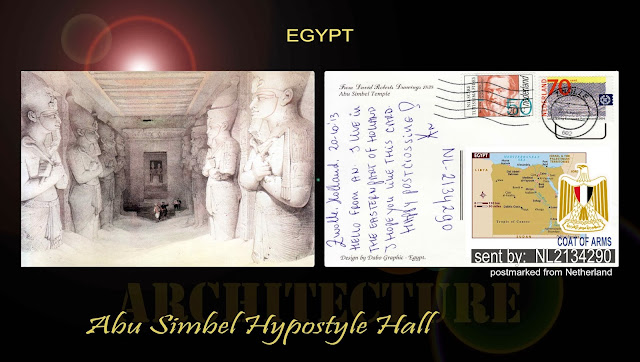 The hypostyle hall (sometimes also called a pronaos) is 18 meters long and 16.7 meters wide and is supported by eight huge Osirid pillars depicting the deified Ramses linked to the god Osiris, the god of the Underworld, to indicate the everlasting nature of the pharaoh.

a.  The Temple of Medinet Habu, Thebes

a.  The Valley of the Kings


It was built for the Pharaoh Amenhotep III.  When constructed it was the largest of the mortuary temples in the Theban area, larger than the complex at Karnak, and covered an area of 350,000 square metres.Today very little remains of the complex with only the Colossi of Memnon - two massive 18 metre stone statues of Amenhotep that stood at the gateway, still visible.  It was constructed closer to the river than any of the other mortuary temples, and hence decayed quicker, and it was used in ancient times as a source of construction material. 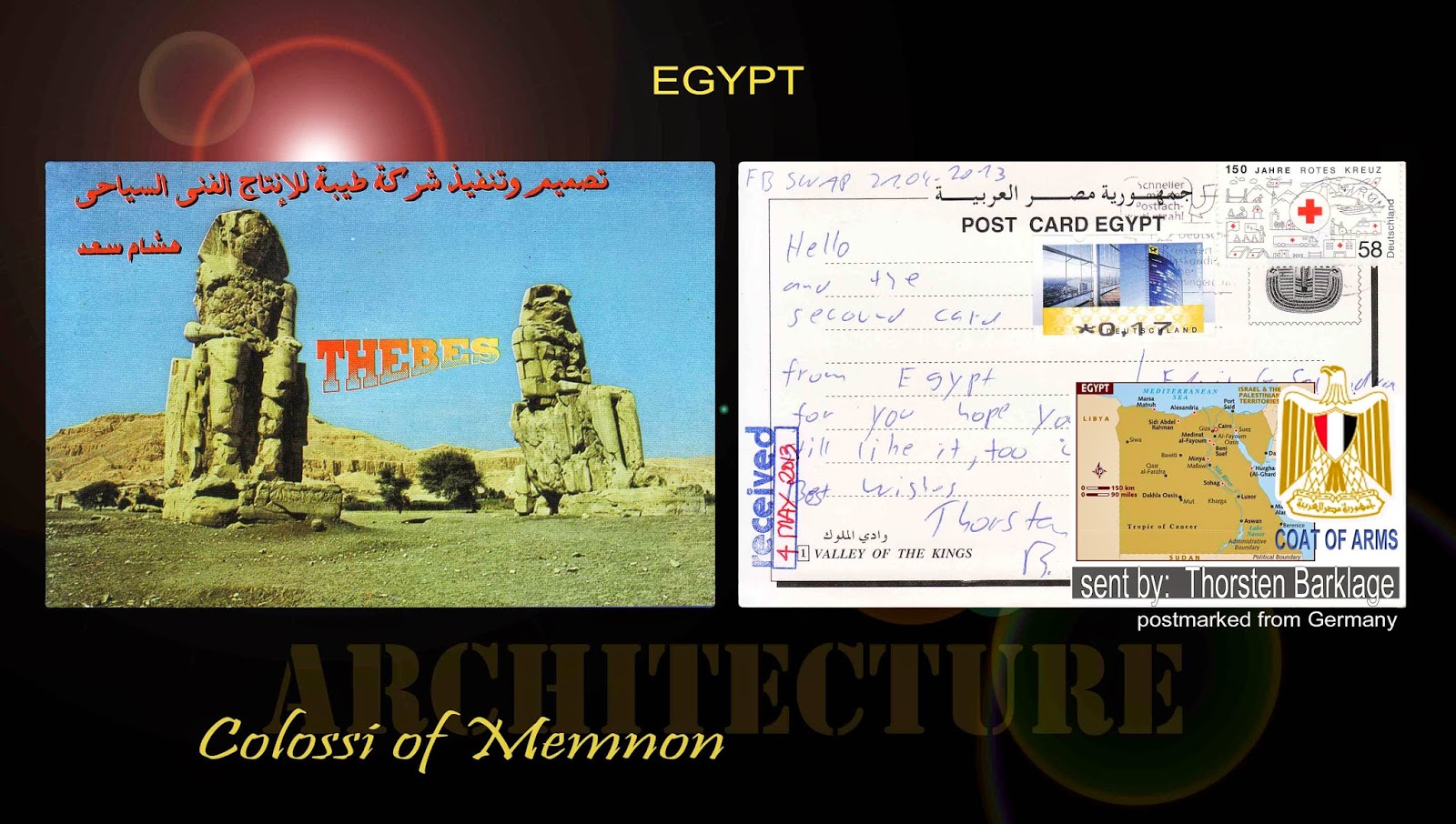 THE PTOLEMAIC AND ROMAN PERIODS

After the end of the New Kingdom the troubled political climate was an obstacle to building schemes.  With the Ptolemies architecture revived but never recaptured its earlier vitality.

a.  Temple of Isis, Philae

The Temple is  approached via an avenue flanked by porticoes.  The postcard below shows one of the pylons carved with a favorite scene.  A doorway in the first pylon, additional to main entrance, leads to the birth house. 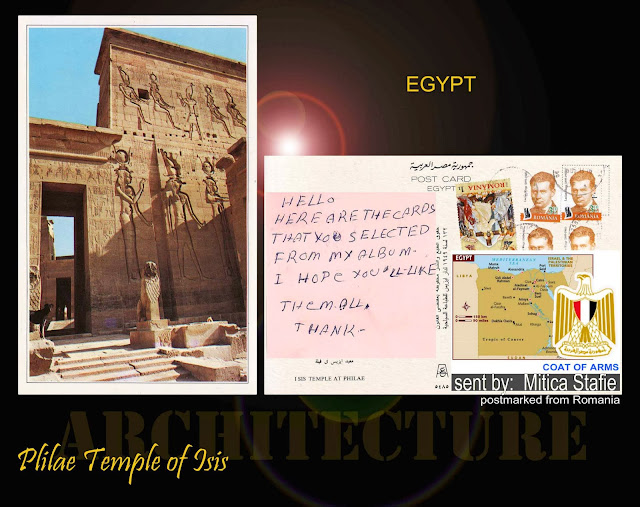 The island temple was built during the Ptolemaic Dynasty. The principal deity of the temple complex was Isis, but other temples and shrines were dedicated to other deities such as Hathor and Harendotes. The temple was closed down officially in the 6th century AD by the Byzantine emperor, Justinian ( 527-565 AD ). 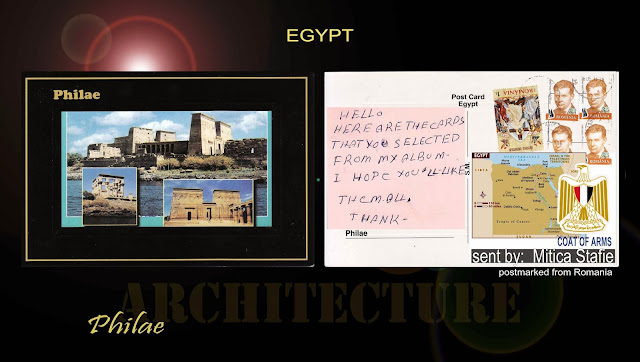 b.  Temple of Sebek and Haroeris, Kom Ombo

This temple had twin sanctuaries, each of which had its own aisle passing through 5 halls beyond court. 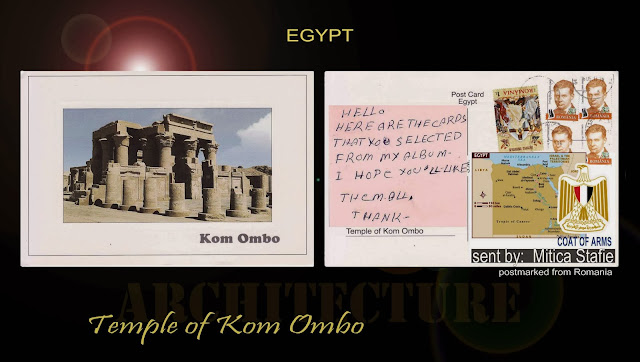 The temple was a tribute to Mandulis (Merul), a Lower Nubian sun god. It was constructed over an earlier sanctuary of Amenhotep II. While the structure dates to the Roman period, it features many fine reliefs such as "a fine carving of Horus emerging from reeds on the inner curtain wall" of the temple. 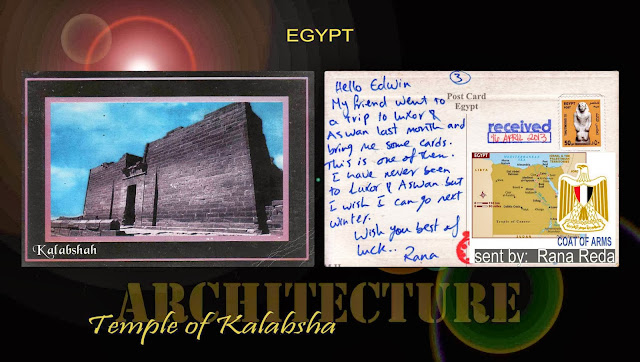