The Story of Architecture in Pre-Hispanic America

By 1200 BC, the Olmecs had developed a sophisticated culture in the tropical lowlands around the Mexican Gulf.  This was the first of a succession of civilizations that flourished in central America until the 16th century.  Common to most of these was the building of temple-pyramids (sanctuaries on artificial mounds) for the worship of a pantheon of deities, and a sacred game played with a rubber ball in an I-shaped court.

The most creative of these peoples were the Maya of the Yucatan peninsula and adjacent uplands, who were advanced in mathematics, astronomy and the recording of time.  Mayan culture collapsed unaccountably, ushering in the age of the barbaric Aztecs, whose human sacrifices to the sun god are said to have reached an annual total of about 50,000.  Like the Toltecs before them, the Aztecs also worshipped Quatzalcoal, the Plumed Serpent.  Their capital Tenochtitlan was destroyed in 1521 by the Spahish conquistadors.

The civilization of the Incas emerged in Peru and reached its creative climax in the 15th century.  In the Cuzco Basin, a fertile pocket punctuating the desolate Andes, they sited the capital of their immense empire, which was linked by roads and bridges across the most difficult terrain.

After its occupation by the Toltecs, Chichen Itza in Yucatan enjoyed a period of architecture in a columnar style derived from Tula.  The Temple of the Warriors has sanctuary combining Toltec columns with Mayan-style vaults.  Stairway ends in sculpture of God Chac-Mool.  Adjoining Court of the Thousand Columns now roofless. 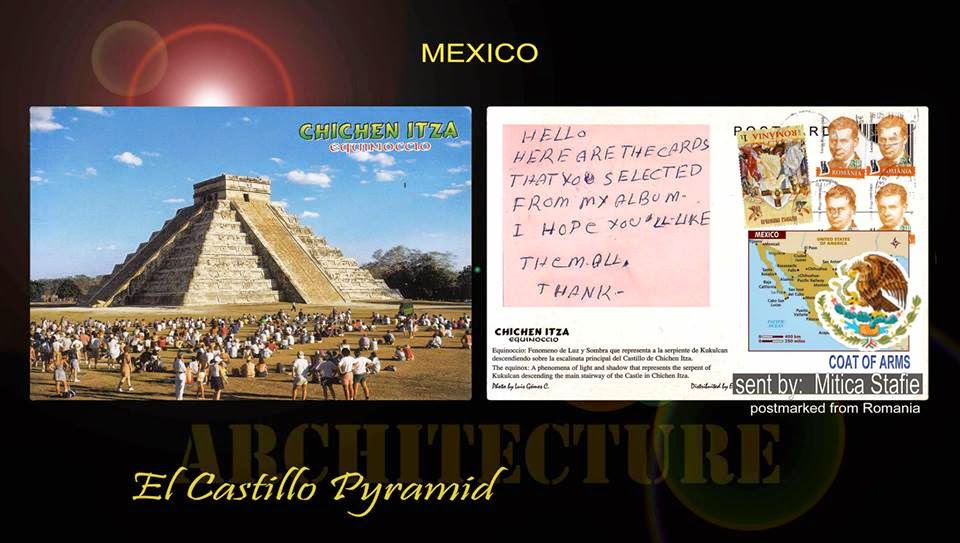 On the temple known as the Castillo the serpent motif is featured unsparingly, as throughout the city.  Breathtaking staircases rise on all 4 sides to sanctuary.  Nearby Baal court is 83 meters long.  Sculptures along walls show decapitation of losing team-captain.  Mound to east has two Temples of the Jaguars at different levels. 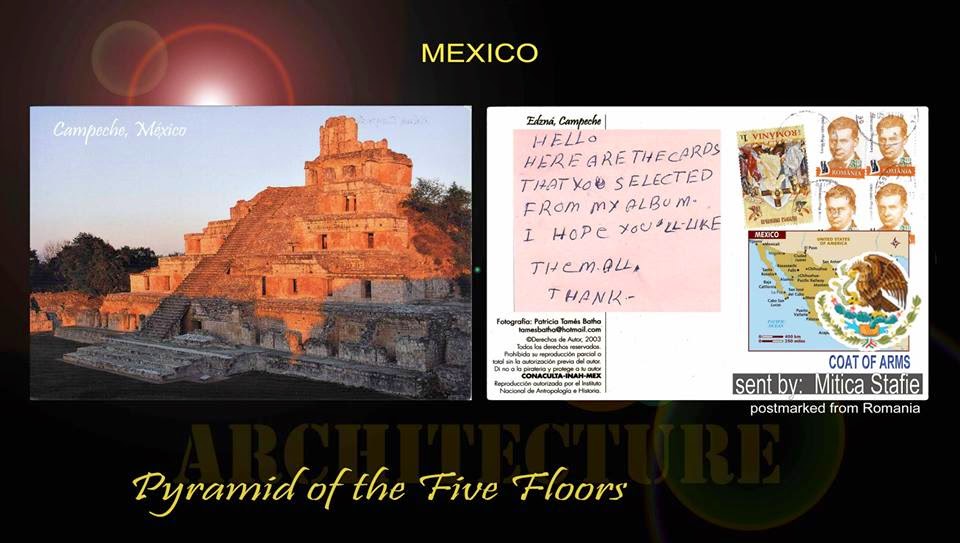 Pyramid of the Five Floors.  This pyramid is the main temple of the ancient Maya city of Edzna, located in the north of the Mexican state of Campeche.  It dates from 600 AD.  This site is interesting for merging diverse architectural styles, as well as some remarkable hydraulic works such as channels and cisterns. 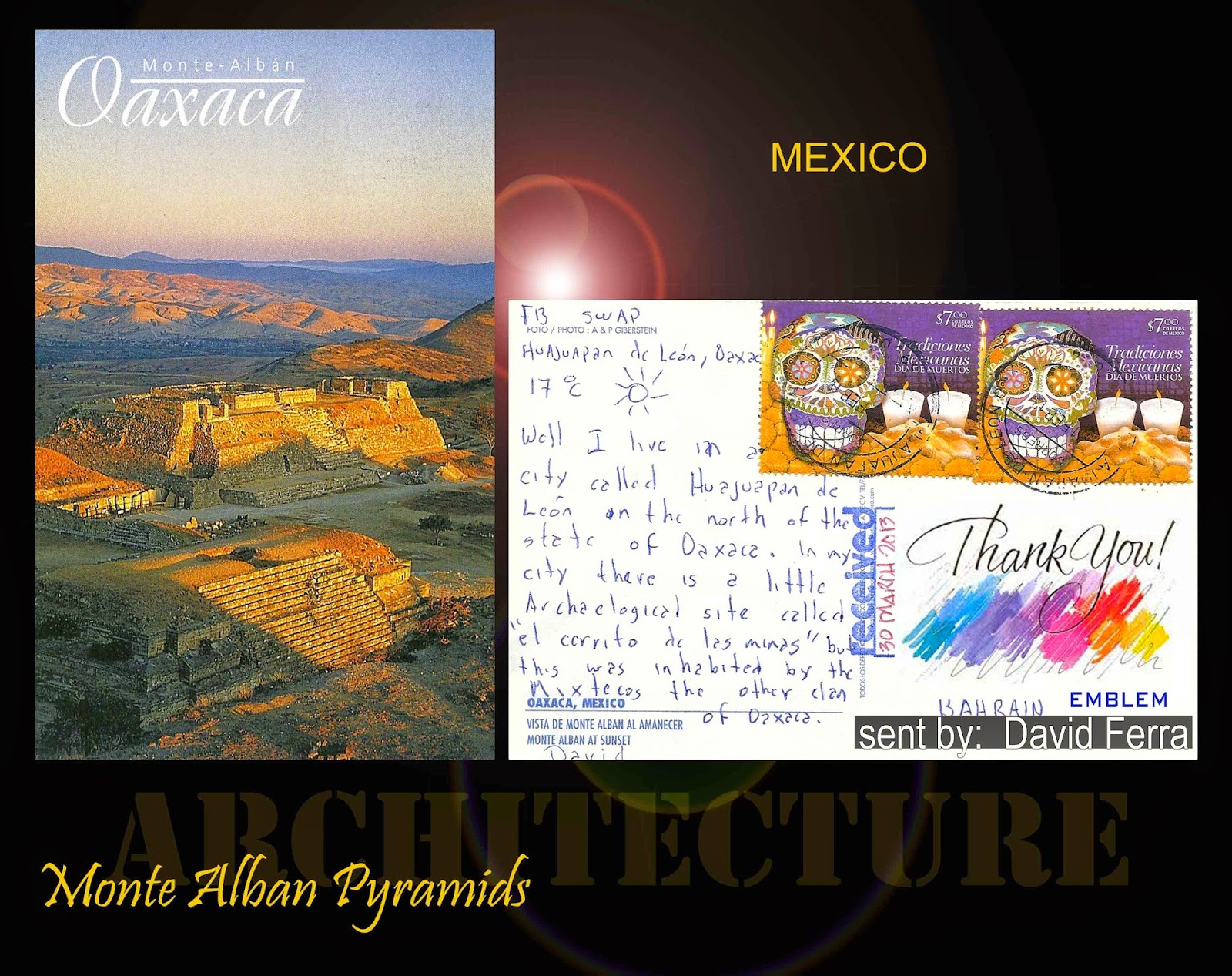 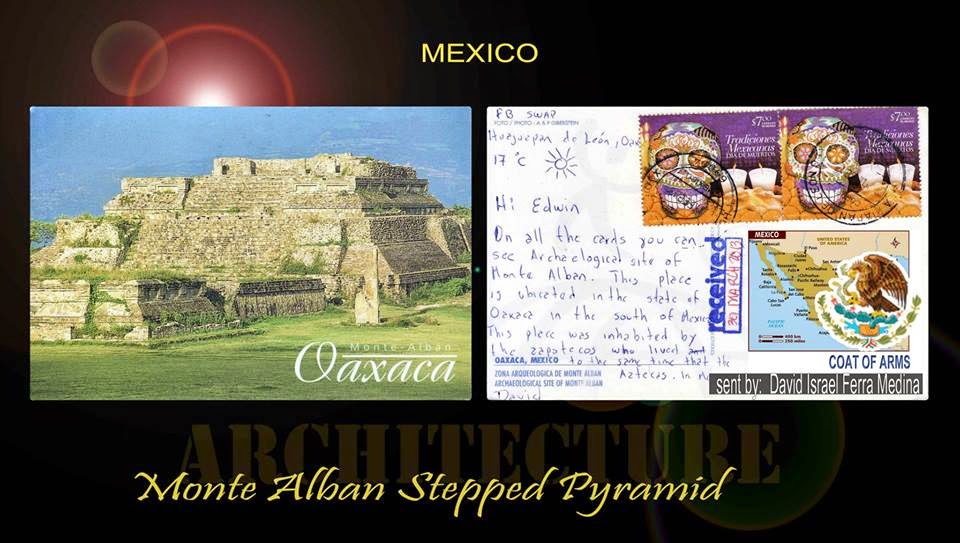 Monte Alban Stepped Pyramid.  Monte Alban is a large and very old ceremonial center located on a hilltop in the center of the Valley of Oaxaca in southern Mexico, about 9 kilometers (6 miles) west of the modern city of Oaxaca.  Two large pyramid mounds terminate the great plaza at the ends, and the sides of the space are lined with stepped platforms and terraces, built of large stone blocks. 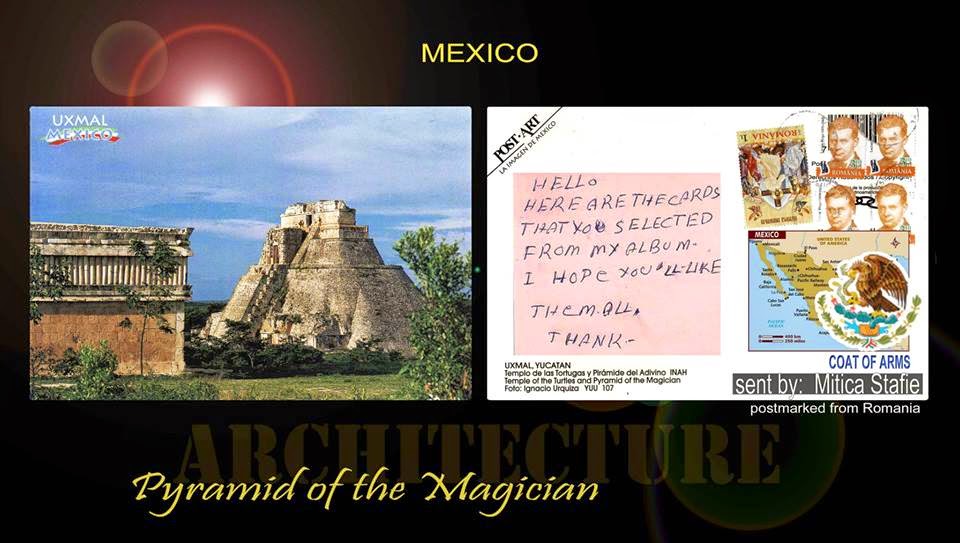 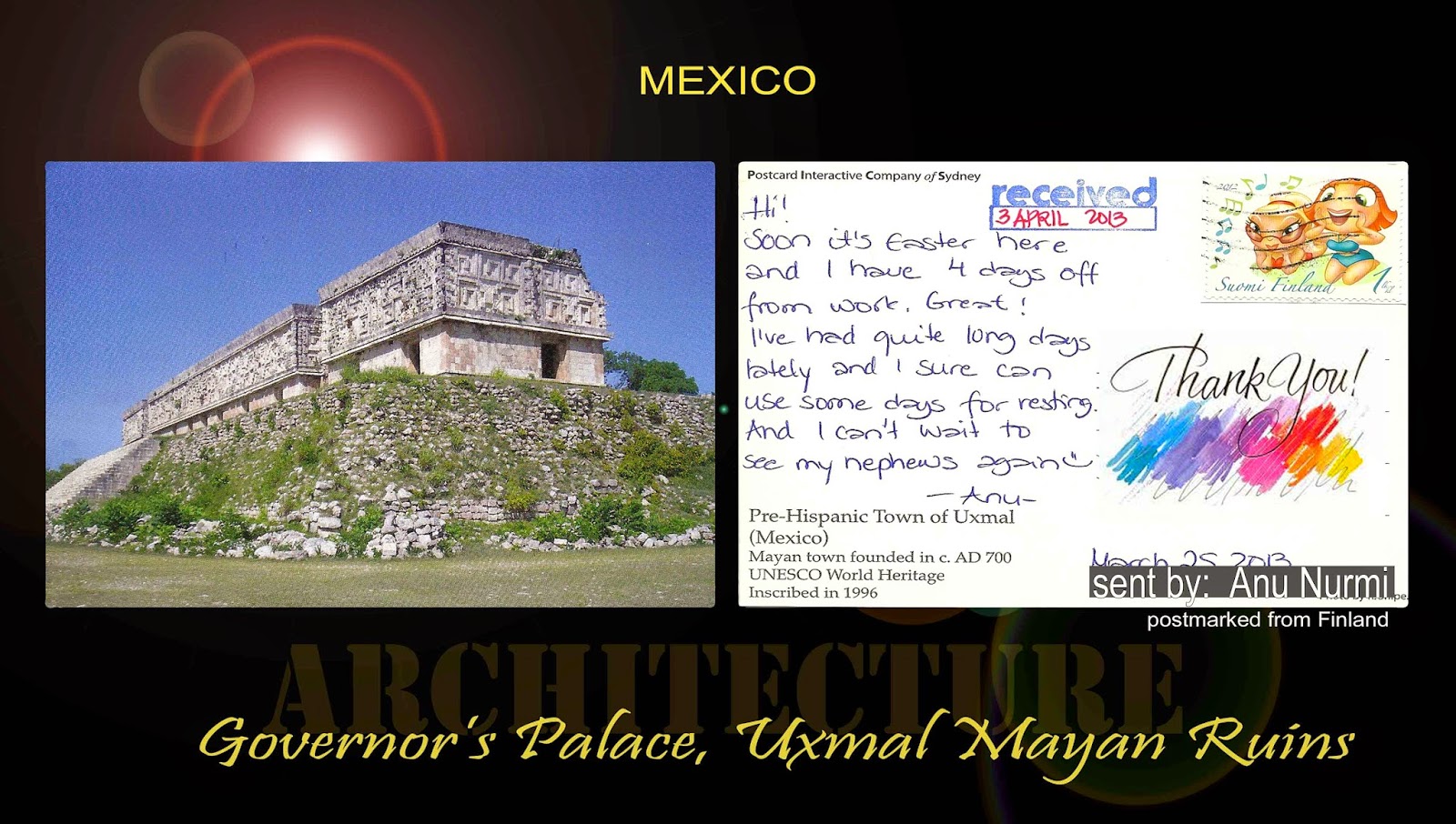 The Governor's Palace.  It is a low building atop a huge platform, with the longest facades in Pre-Columbian Mesoamerica.  It covers an area of more than 1200 square meter (12917 sq. ft).

Even before the restoration work, Uxmal was in better condition than many other Maya sites. Much was built with well-cut stones set into a core of concrete not relying on plaster to hold the building together. The Maya architecture here is considered matched only by that of Palenque in elegance and beauty. The Puuc style of Maya architecture predominates. Thanks to its good state of preservation, it is one of the few Maya cities where the casual visitor can get a good idea of how the entire ceremonial center looked in ancient times. 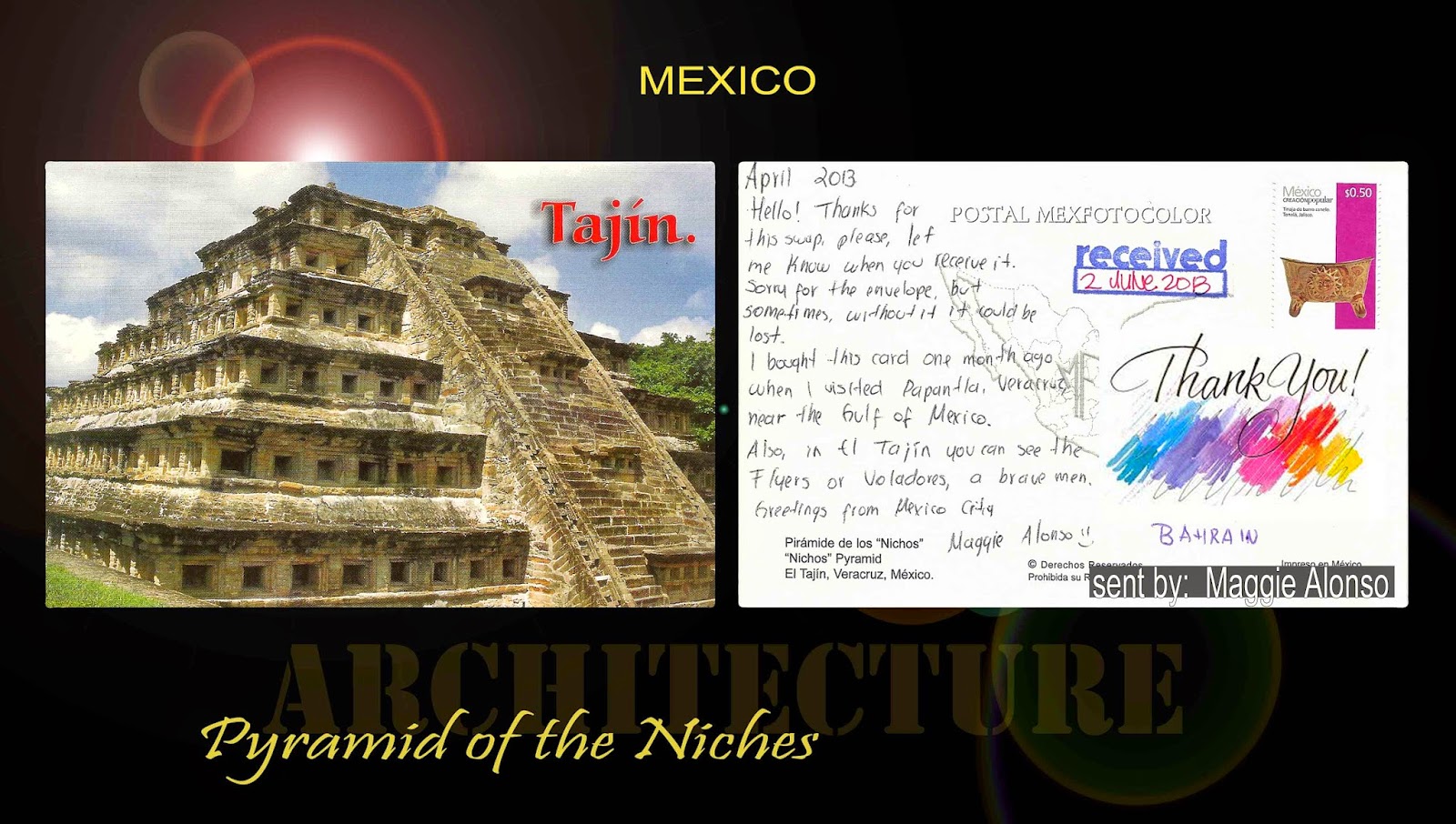 Pyramid of the Niches.  This pyramid has a number of names, El Tajin, Pyramid of Papantla, Pyraid of the Seven Stories and the Temple of the Niches.  It has become the focus of the site because of its unusual design and good state of preservation.  It was prominent in ancient times as well.  A large quantity of sculpture was recovered from this pyramid.  The building is mostly constructed of carefully cut and crafted flagstones, the largest of which is estimated to be about eight metric tons in weight.  The stories, especially around the niches are fitted together as to need a minimum amount of lime and earth mortar.  The structure was covered in stucco which served as the base for paint. 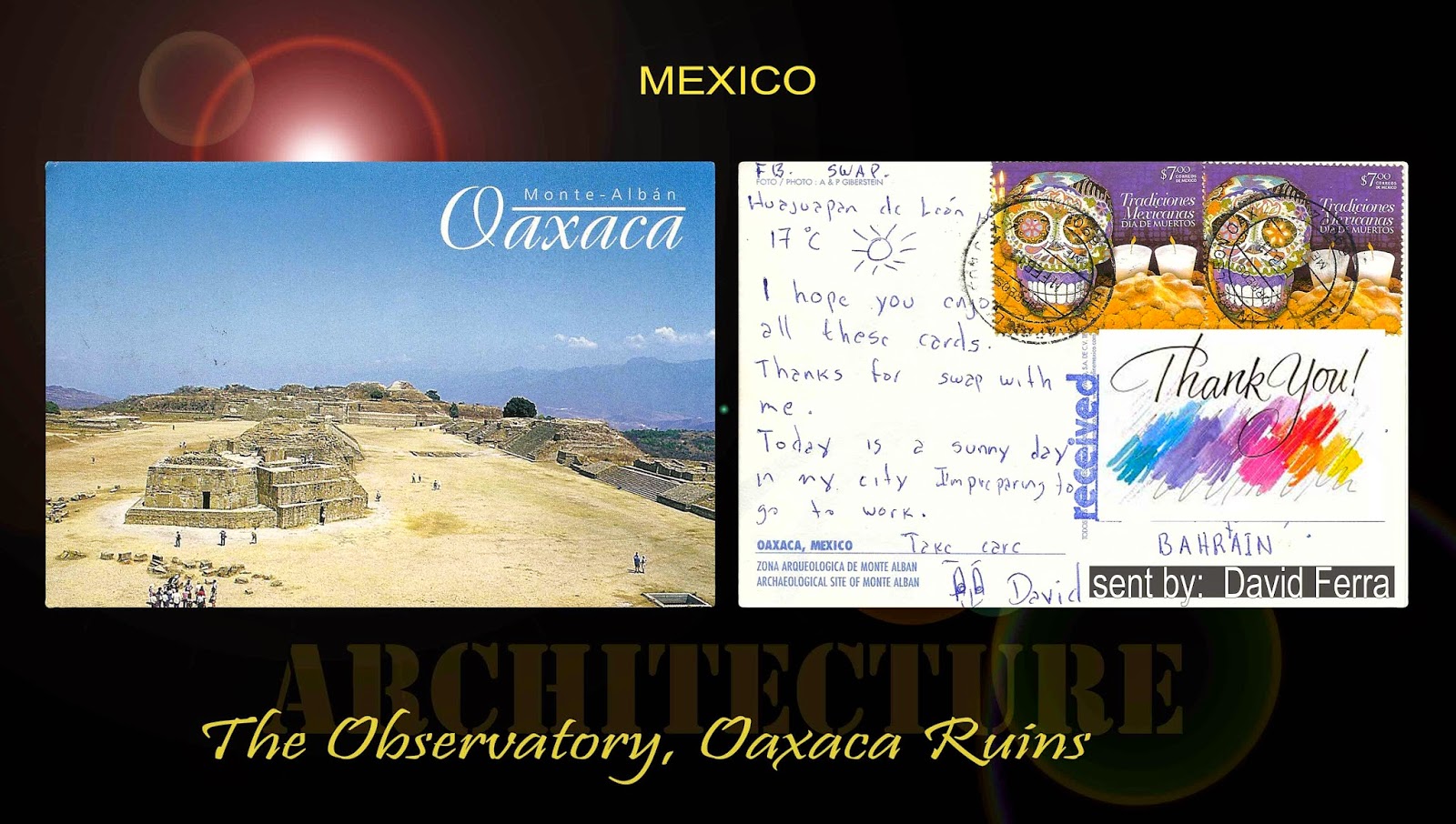 The Observatory at the Oaxaca Ruins.  This arrow-shaped building on the plaza is believed by some to have been a celestial observatory because it is sited on a northeast angle.  but the building's walls are carved with tribal name glyphs, perhaps the names of the conquered, suggesting that this building may have been a memorial celebrating victory in battle. 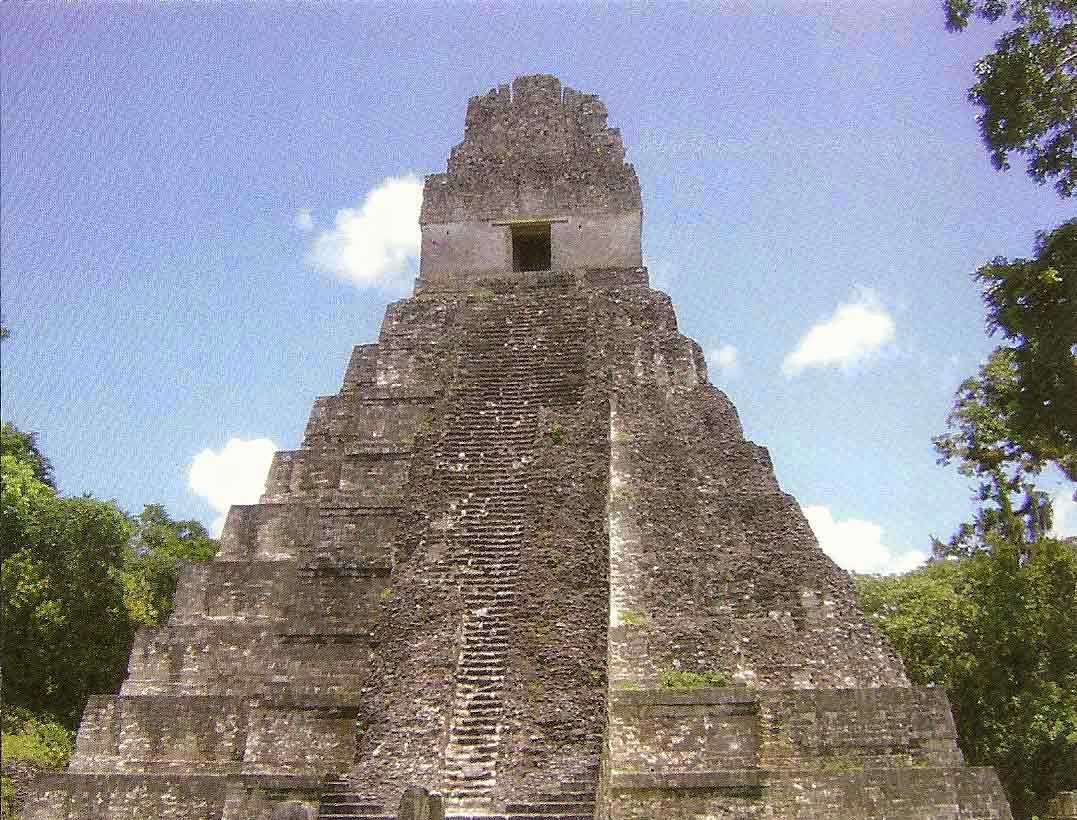 Tikal Temple I.  It is also known as the Temple of Ah Cacao or Temple of the Great Jaguar located in Guatemala..  It is a funerary pyramid dedicated to Jasaw Chan K'awil, who was entombed in the structure in AD 734. The massive roofcomb that topped the temple was originally decorated with giant sculpture of the enthroned king, although little of this decoration survives.

Agriculture in the Andes required terraces bounded by huge stone walls.  Influenced were concerned not with carved decoration, which is rare, but with masonry construction, often using large polygonal stones.

At Chan Chan north of Peru is a series of 10 great walled complexes, probably palaces of the Kings of Chimor.  Some interiors have moulded friezes.  At Tiahuanaco, Bolivia, the monolithic Gate of the Sun formed part of a vast ceremonial complex.

The Temple of the sun, Cuzco, partly survives.  Most stunning site is the town of Machu Picchu saddled high between two mountains.

Machu Picchu.  The architecture is adapted to the natural form of the mountains.  Approximately 200 buildings are arranged on wide parallel terraces around a vast central square that is oriented east-west.  The various kanchas or compounds are long and narrow in order to exploit the terrain. Extensive terraces were used for agriculture and sophisticated channeling systems provided irrigation for the fields.

The fortress for Cuzco was Sachahuaman on hills above: a triple row of zigzagging ramparts whose unbroken north wall is more than a third of a mile long.  Some of polygonal stone blocks, fitted without mortar, are over 12 meter high.  A superb example of high engineering skill.


Inside what is the present-day United States, the Mississippians and the Pueblo created substatntial public architecture.  The Missisippian culture was among the mound-building peoples, noted for construction of large earthen platform mounds. 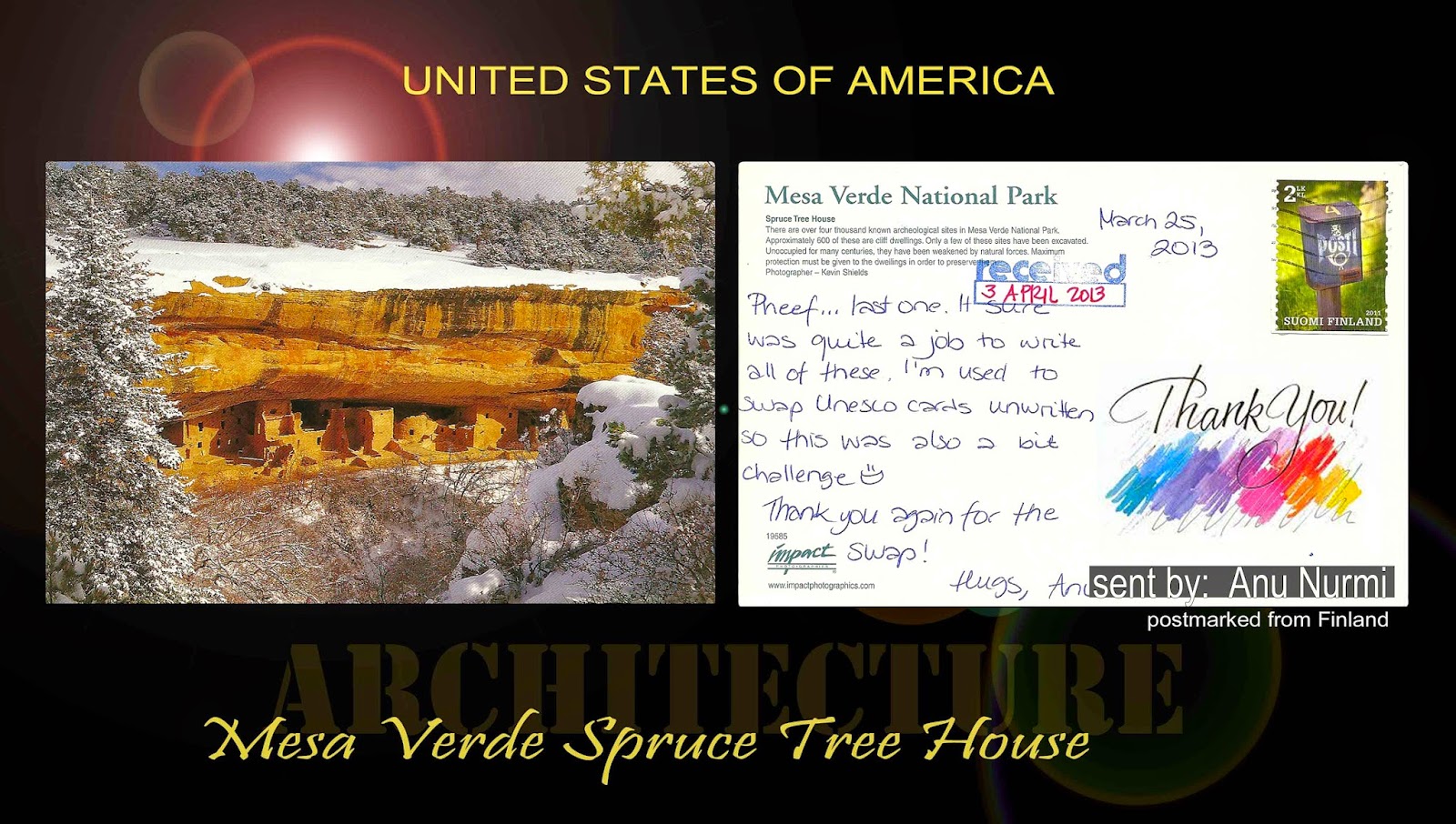 Mesa Verde Spruce Tree House.  It is the third largest cliff dwelling and was constructed by the ancestors of the Puebloan peoples of the Southwest.  The dwelling contains about 130 rooms and 8 kivas, or ceremonial chambers, built into a natural alcove measuring 216 feet (66 meters) at greatest width and 89 feet (27 meters)at its greatest depth.  It is thought to have been home for about 60 to 80 people. 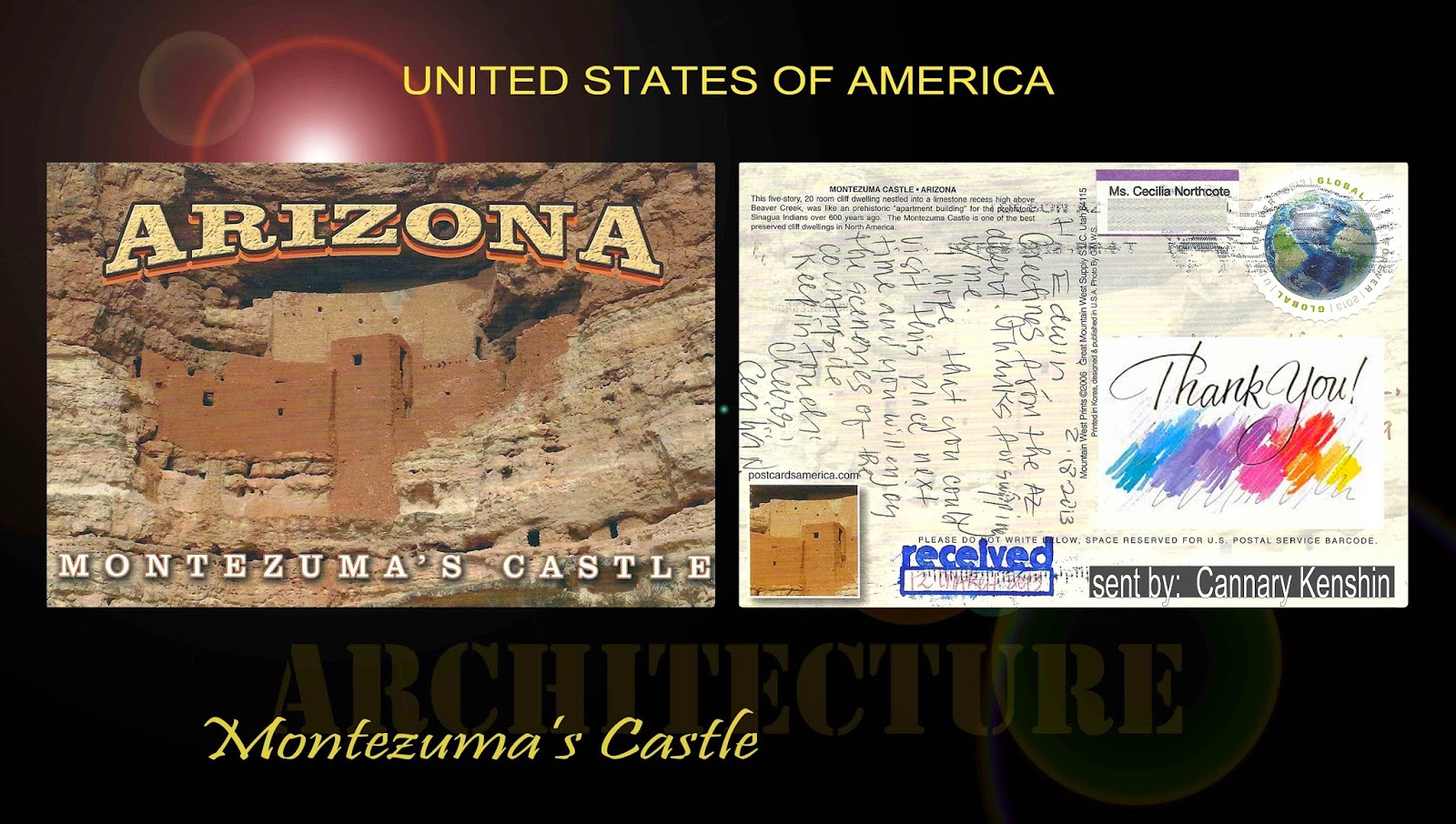 Montezuma's Castle.  It is a cliff-dwellings near the town of Camp Verde, Arizona, United States. The dwellings were built and used by the Sinagua people, a pre-Columban culture.  The main structure comprises five stories and twenty rooms, and was built over the course of three centuries.
Posted by Far From Over at 5:00 AM