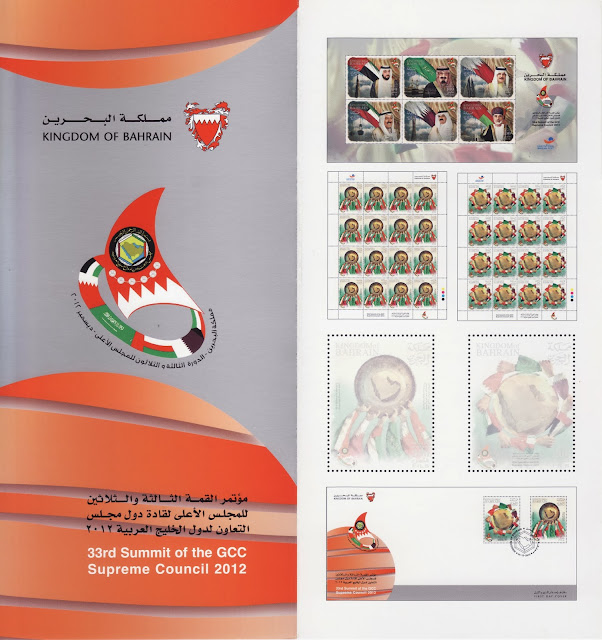 Under the guidance of HE Minister of Transportation Kamal bin Ahmed Mohammed, Bahrain Post has issued commemorative stamps on the occassion of the 33rd Summit of the GCC Supreme Council which was held of 24-25 December 2012 in the Kingdom of Bahrain.

The new set of stamps consist of six commemorative stamps crowned with portraits of their Majesties and Highnesses the leaders of the GCC countries in addition to two stamps that portray the unity and cooperation of the GCC citizens and their outlook for a prosperous and brighter future.