Experience the Magic of Disney as Tinker Bell guides your tour through my collection from Disney's very first full length animated movie, all the way to the current Walt Disney Pictures blockbuster.

Don't hesitate to ask Tinker Bell to sprinkle some pixie dust on any of the movie trailers scattered along the way.  This will perk you up if you ever feel bored as you finish the tour.   Enjoy and have a Happy Postcrossing!

Snow White, pursued by a jealous queen, hides with the Dwarfs; the queen feeds her a poison apple, but Prince Charming awakens her with a kiss. 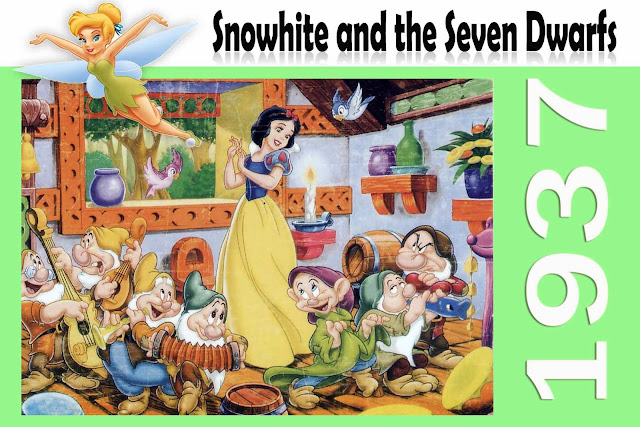 [CLICK HERE TO SEE FULL MOVIE}
2
A living puppet, with the help of a cricket as his conscience, must prove himself worthy to become a real boy. 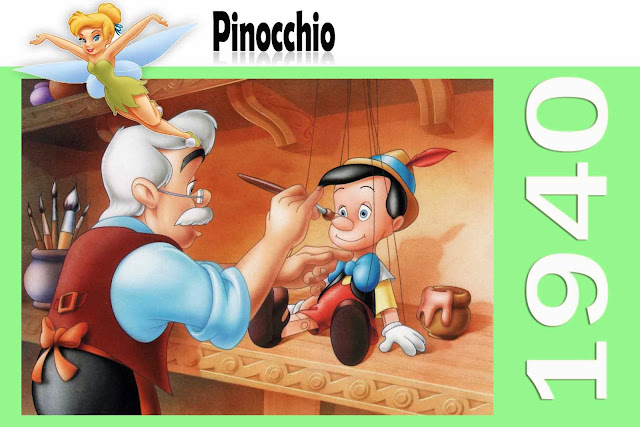 3 Fantasia
A collection of animated interpretations of great works of Western classical music.

4
Ridiculed because of his enormous ears, a young circus elephant is assisted by a mouse to achieve his full potential. 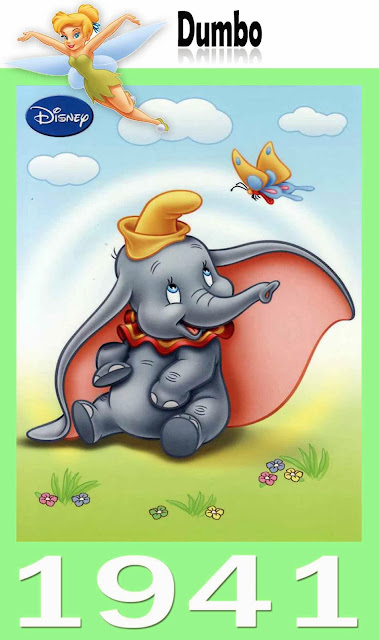 [CLICK HERE TO SEE FULL TRAILER]
5  Bambi
Animated film about a young deer, Bambi, growing up in the wild after his mother is shot by hunters.

7  The Three Caballeros
Donald receives his birthday gifts, which include traditional gifts and information about Brazil (hosted by Zé Carioca) and Mexico (by Panchito, a Mexican Charro Rooster).

9  Fun and Fancy Free
Jiminy Cricket hosts two Disney animated shorts: "Bongo," about a circus bear escaping to the wild, and "Mickey and the Beanstalk," a take on the famous fairy tale.

11  The Adventures of Ichabod and Mr. Toad
Two animated adaptions of "The Legend of Sleepy Hollow" and "The Wind in the Willows."

12  Cinderella
When Cinderella's cruel stepmother prevents her from attending the Royal Ball, she gets some unexpected help from the lovable mice Gus and Jaq, and from her Fairy Godmother.

Alice stumbles into the world of Wonderland. Will she get home? Not if the Queen of Hearts has her way. 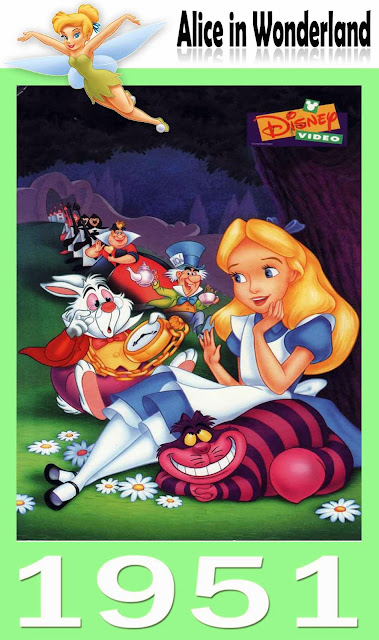 [CLICK HERE TO SEE FULL MOVIE]
14  Peter Pan
Wendy and her brothers are whisked away to the magical world of Neverland with the hero of their stories, Peter Pan.

15  Lady and the Tramp
The romantic tale of a sheltered uptown Cocker Spaniel dog and a streetwise downtown Mutt.

16  Sleeping Beauty
A snubbed malevolent fairy casts a curse on a princess that only a prince can break, with the help of three good fairies.

17  One Hundred and One Dalmatians
When a litter of dalmatian puppies are abducted by the minions of Cruella De Vil, the parents must find them before she uses them for a diabolical fashion statement.

18  The Sword and the Stone
Merlin the Magician teaches a young boy who is destined to be King Arthur.

Bagheera the Panther and Baloo the Bear have a difficult time trying to convince a boy to leave the jungle for human civilization.

20  The Aristocats
With the help of a smooth talking tomcat, a family of Parisian felines set to inherit a fortune from their owner try to make it back home after a jealous butler kidnaps them and leaves them in the country.

21  Robin Hood
The story of the legendary outlaw is portrayed with the characters as humanoid animals.

22  The Many Adventures of Winnie the Pooh
A collection of animated shorts based on the stories and characters by A. A. Milne.

23  The Rescuers
Two mice of the Rescue Aid Society search for a little girl kidnapped by unscrupulous treasure hunters.

24  The Fox and the Hound
Two childhood animal friends find themselves forced to become enemies.

25  The Black Cauldron
A young boy and a bunch of misfit friends embark on a quest to find a dark magic item of ultimate power before a diabolical tyrant can.

26  The Great Mouse Detective
Basil, the rodent Sherlock Holmes, investigates the kidnapping of a toy-maker and uncovers its link to his arch-enemy, Professor Ratigan.

27  Oliver & Company
A lost and alone kitten joins a gang of dogs engaged in petty larceny in New York.

28  The Little Mermaid
A mermaid princess makes a Faustian bargain with an unscrupulous sea-witch in order to meet a human prince on land.

29  The Rescuers Down Under
The R.A.S. agents, Miss Bianca and Bernard, race to Australia to save a boy and a rare golden eagle from a murderous poacher.

30  Beauty and the Beast
Belle, whose father is imprisoned by the Beast, offers herself instead and discovers her captor to be an enchanted prince.

31  Aladdin
Aladdin, a street urchin, accidentally meets Princess Jasmine, who is in the city undercover. They love each other, but she can only marry a prince.

Tricked into thinking he killed his father, a guilt ridden lion cub flees into exile and abandons his identity as the future King. 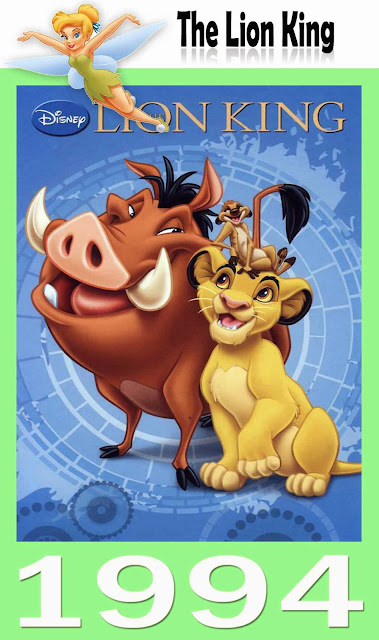 An English soldier and the daughter of an Algonquin chief share a romance when English colonists invade seventeenth-century Virginia. 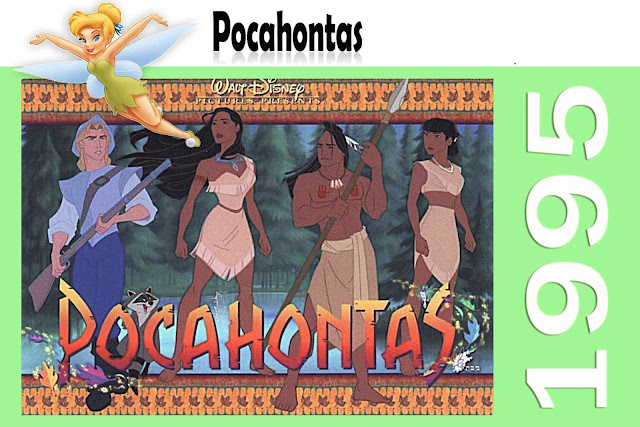 34
A deformed bell-ringer must assert his independence from a vicious government minister in order to help his friend, a gypsy dancer. 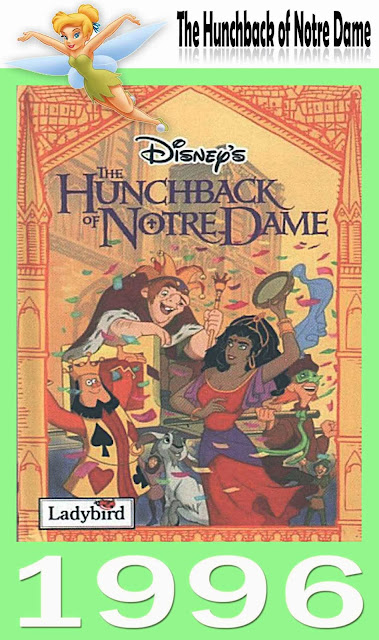 35
The son of the Greek Gods Zeus and Hera is stripped of his immortality as an infant and must become a true hero in order to reclaim it. 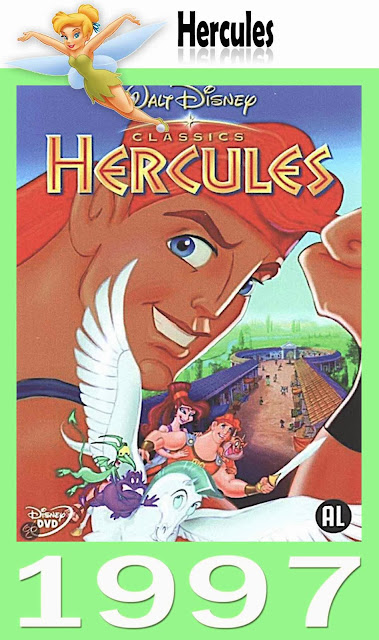 36
To save her father from death in the army, a Chinese maiden secretly goes in his place and becomes one of China's greatest heroes in the process. 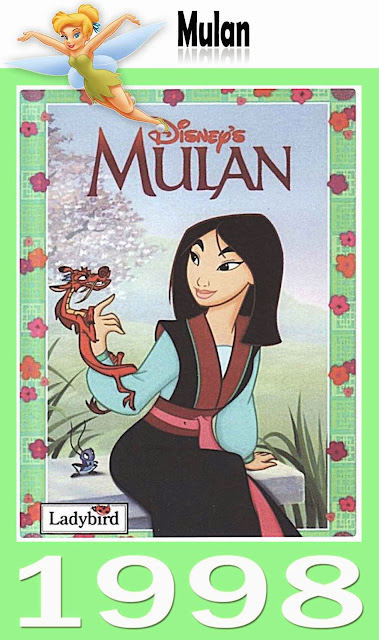 37
A man raised by gorillas must decide where he really belongs when he discovers he is a human. 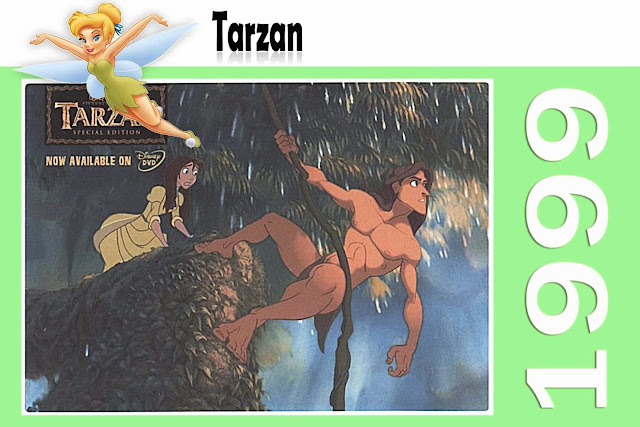 38
An update of the original film with new interpretations of great works of classical music. 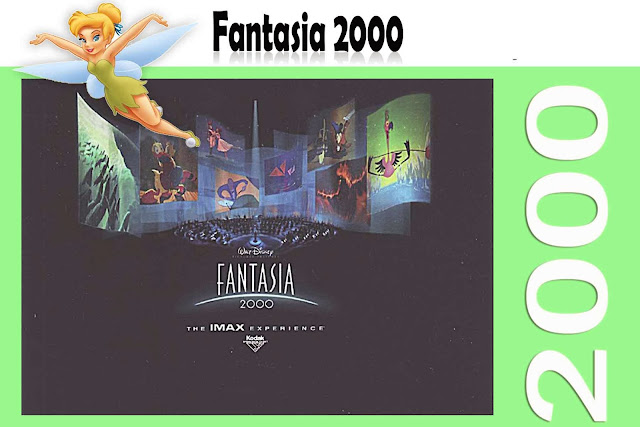 39
An orphaned dinosaur raised by lemurs joins an arduous trek to a sancturary after a meteorite shower destroys his family home. 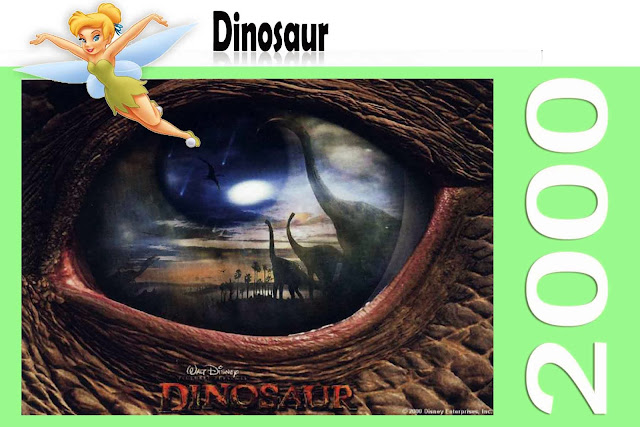 Emperor Kuzco is turned into a llama by his ex-administrator Yzma, and must now regain his throne with the help of Pacha, the gentle llama herder. 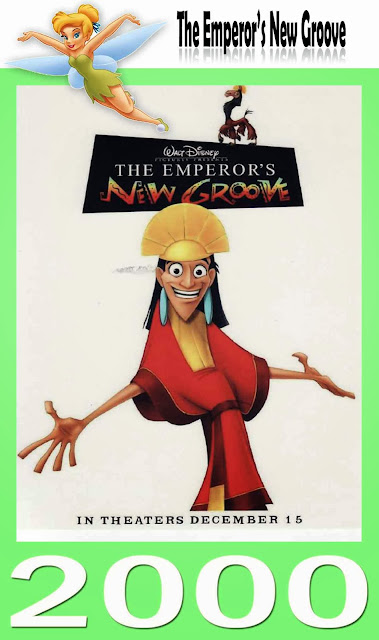 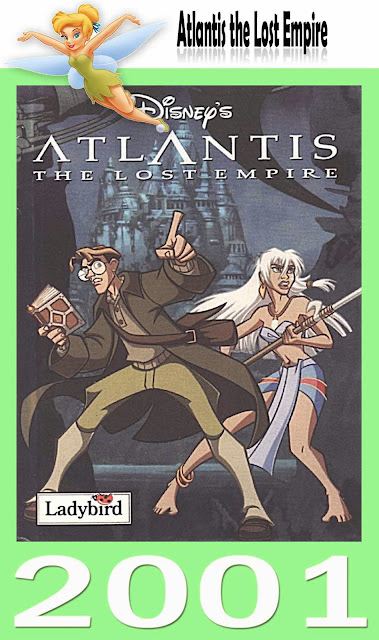 [CLICK HERE TO SEE FULL TRAILER]
42
A Hawaiian girl adopts an unusual pet who is actually a notorious extra-terrestrial fugitive from the law. 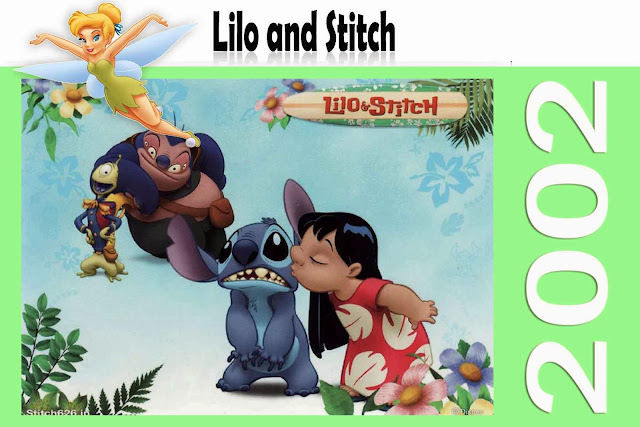 43
A Disney animated version of "Treasure Island". The only difference is that the film is set in outer space with alien worlds and other galactic wonders. 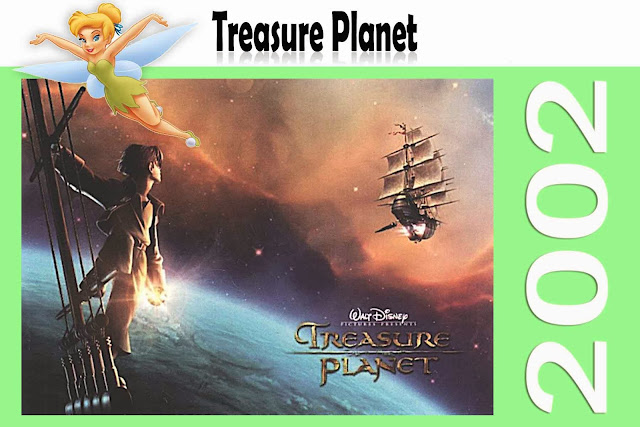 [CLICK HERE TO SEE FULL TRAILER]
44
When a young Inuit hunter needlessly kills a bear, he is magically changed into a bear himself as punishment with a talkative cub being his only guide to changing back. 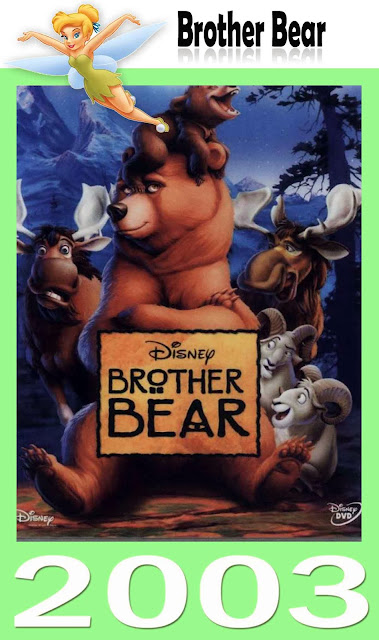 45
To save their farm, the resident animals go bounty hunting for a notorious outlaw. 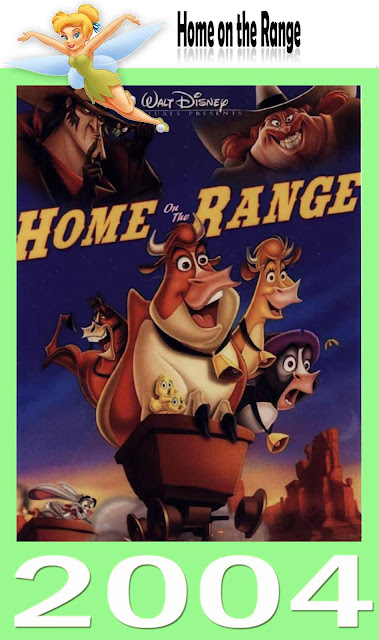 46
After ruining his reputation with the town, a courageous chicken must come to the rescue of his fellow citizens when aliens start an invasion. 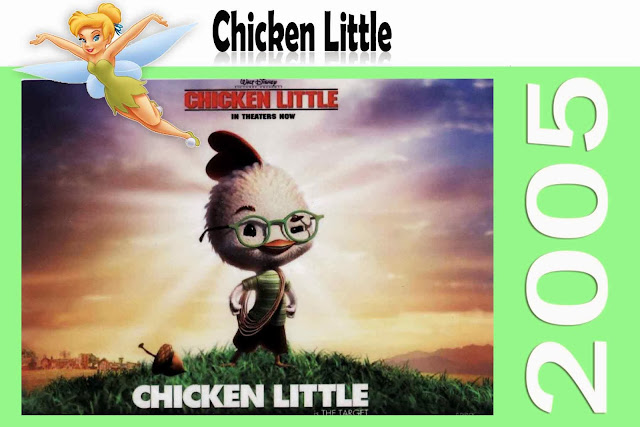 
47
Lewis is a brilliant inventor who meets mysterious stranger named Wilbur Robinson, whisking Lewis away in a time machine and together they team up to track down Bowler Hat Guy in a showdown that ends with an unexpected twist of fate. 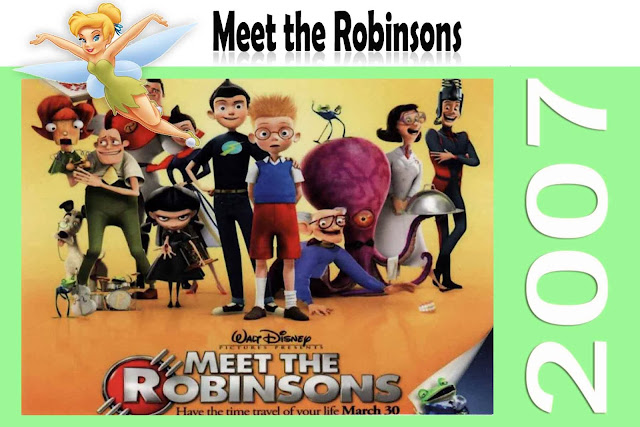 The canine star of a fictional sci-fi/action show that believes his powers are real embarks on a cross country trek to save his co-star from a threat he believes is just as real. 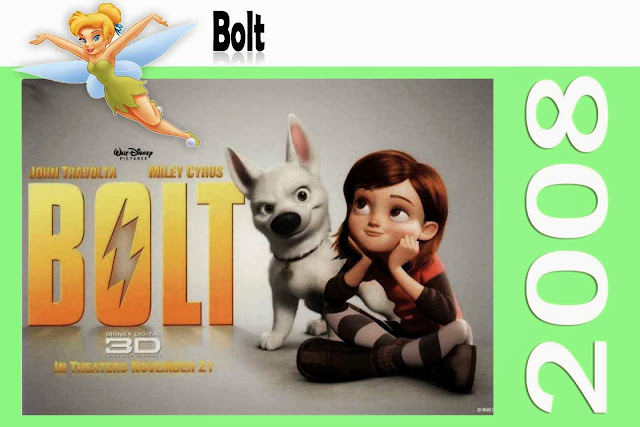 49  The Princess and the Frog
A fairy tale set in Jazz Age-era New Orleans and centered on a young woman named Tiana and her fateful kiss with a frog prince who desperately wants to be human again.


50
The magically long-haired Rapunzel has spent her entire life in a tower, but now that a runaway thief has stumbled upon her, she is about to discover the world for the first time, and who she really is. 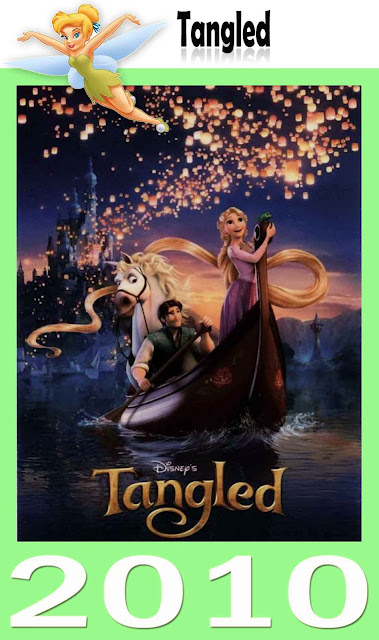 [CLICK HERE TO SEE FULL TRAILER]
Posted by Far From Over at 6:10 AM